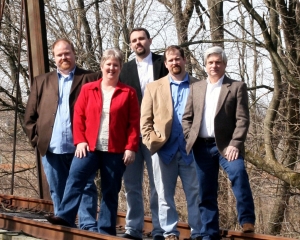 Blue River is a traditional Bluegrass band from Mt. Washington, Kentucky. The band originated in the fall of 2006 and with the many years of playing and performing experience that each member possesses, Blue River sounds as if they have been playing together for years.

Blue River has a traditional sound and performs mostly original material written by the band members with a perfect blend of old favorites thrown in. The band holds the title of 2008 SPBGMA International Band Champions. Blue River's CD "Kentucky Girl and Me" was released in 2007 and "Outside of Nowhere" was released in 2008".
You can contact us at:
(502) 338-7241 or galford4170@gmail.com
We all look forward to seeing you at a show real soon!!