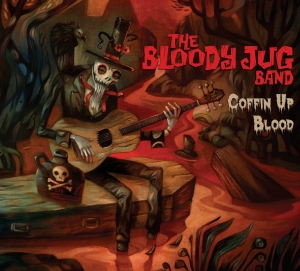 Drawing inspiration from historic JUG bands of the 1920’s and 30’s as well as the darker side of Blues and Rock n’ Roll, the Bloody Jug Band carves out its own niche in a genre of music that has never seen such a bloody incarnation...

Founded in 2009 and hailing from Orlando, Florida, this 8-piece group recently released their first LP entitled, 'Coffin Up Blood', which has already received rave reviews both in the US and abroad, and includes 13 darkly diverse tracks that try to capture the antics and energy of their live performances while upping the production value, thanks to seasoned Producer, Justin Beckler.