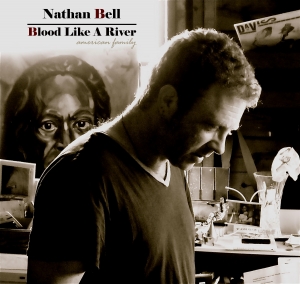 In the summer of 2011, I opened a box that had been closed for twenty years. It was a box full of notes and mementoes from a road trip two decades earlier, when -- in our early twenties -- my best friend and I spent several months traveling across the country and back. I wanted to see the Deep South and she wanted to see the southwest so after setting out from Pittsburgh, we headed south and then west. We went as far as Los Angeles and then turned around and came back.


I began sifting through this box because, after nearly a decade of writing nothing at all, I was trying to write a story. I was a few years into my forties and trying to write about a young woman’s adolescence and early adulthood, and so I was seeking a way to conjure again, for myself, the emotional intensity of youth.


In the box were photos and relics and jottings and journal entries about the dozens of people we had met along the road. Circus performers in Georgia and prison rodeo cowboys in Angola and the son of a voodoo priestess in New Orleans and Nathan Bell in Nashville.


My only souvenir of Nathan was the briefest journal entry about meeting him. But I didn’t need more, because I remembered him. We hadn’t spoken since our one-time meeting twenty years before, and we had barely spoken then. There was no romantic encounter, no conversation of any depth. I recalled little more than his face and his name and his inexplicably memorable presence.


I looked him up online and listened to a couple of clips of his music and then, because these clips left me nothing to decide, I ordered the CD version of Black Crow Blue.

My children were very young then. At that time, it was only in the car that I could access anything like a contemplative state and for weeks I was never in the car without Nathan’s CD. I felt held by it, rocked, lulled, transported. His music was like the moan of a distant locomotive or the hardscrabble landscape beyond the tracks, harmonica riffs drifting skyward like smoke from a transient’s campfire, his hoarse voice a fragment of a ghost story or an oracle.


His songs were sepia-drenched cameo portraits of a range of American characters: civil servants killed in the line of duty, a solitary woman wedded to her records, cowboys and Indians and gamblers and Christians and a couple of archetypal escape artists called The Striker and Crow. They were mostly about the lonely and abandoned, the resigned and the dispossessed: dwellers in the dark shadow of the American dream. His music was gentle and mesmerizing and melancholic yet not depressive. It was like rain falling into a deep well.


I went looking for more about him. And as I read the reviews and articles and all manner of Internet lore and the CD’s own liner notes, something startling emerged. It turned out that Nathan Bell knew something about not writing for a very long time. Black Crow Blue was his first release in twelve years, and for the better part of that time, he hadn’t so much as touched his guitar (nor any of the many other instruments he knew how to play).


I’d opened that box in an effort to revisit my own youth, but Black Crow Blue delivered me back to precisely where I was in the present, because few of us reach middle age without a passing acquaintance with Nathan’s themes: burned idealism and betrayal and loss. Intimacy with defeat and the sorrow of mortality. Humility and gratitude and unlikely, unbridled joy. And love, overbrimming like a river after a flash flood. His music was like a map with an arrow: YOU ARE HERE. And for me, it held not just permission but the unsentimental imperative to write from that place.


I sent him a letter. I tried to tell him about how his album affected me, though writing about music is hard for me. And I told him that his departure from music and long-deferred return to it meant something to me too.


“The fact that you didn’t play your guitar for twelve years speaks directly to me, as I spent the better part of the last decade not writing a word of fiction,” I said in the letter. “I’m writing again now. I’ve had Black Crow Blue on while writing, and it’s helping me.” I asked him why he’d stopped playing and why he began again. I asked whether it was fair to say that music had broken his heart.


“No,” he wrote back. “Music never broke my heart. I wasn't ready to be a writer yet, wasn't really the musician I knew I wanted to be. All of my heroes growing up were older musicians, people who had really lived lives and were writing from that perspective. In my heart of hearts, I knew that I had to let the universe teach me and sometimes that means surrendering everything. I guess somewhere in my heart there was a tiny spark and when the time came, it turned into more.”


I sent him my first book and he sent me an advance copy of Blood Like A River: twelve tender, beautifully rendered, bittersweet new tracks that unmistakably bear Nathan’s signature and yet are unlike anything I’ve heard before. These are songs about a mother lost and another found, and devotion under siege, and our veteran dead. They include a true story of Nathan’s encounter with a gunman, in which time slows and then implodes, and thirty years later, his life is flashing before him still. They’re about the broken and bewildered, the resigned and resilient, even – against all odds -- the undaunted, the jubilant. And as always, always, these songs are about love, love in spite of everything (and because of everything), lying beneath and rising above everything: the love that is our lifeblood, like a river, tying us together.