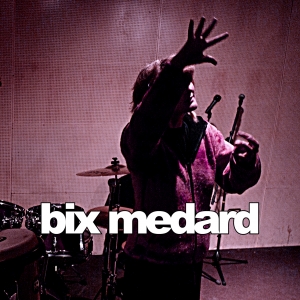 Norwegian singer/fluteplayer Bix and Belgian soundsculptor/bassplayer Peter Clasen are 2 atypical artists who combine their talents to form Bix Medard, now 3 years ago. Generally tagged with labels such as "nouvelle chanson française" and "Trip Hop" the duo explores an electro pop with a dark gothic edge. Imagine, Björk, Serge Gainsbourg and Portishead having a jam together in the studio.

Bix Medard is a slowly but steady growing project. No special effects. Music, visuals, and emotions. Their previous album 'Y-dress?' has made Bix Medard a CMJ (College radio, USA) fan-favorite. The duo climbed their way up to number 29 on the CMJ RPM charts in Mai 2010.

Bix, born in Sweden of Anglo-Norwegian parents, grew up in France and Italy. She spent her childhood in Rome and her teens in Paris. She speaks French, English, Italian, Norwegian and Japanese. The one constant in this symphony of languages is the voice of the flute, which she began playing in early childhood.
0
What's This
Advertisement