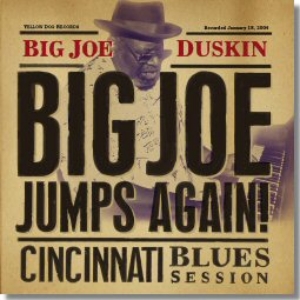 Blues and boogie pianist Big Joe Duskin is one of the last of the blues' Greatest Generation, the pioneering men and women who created the music in the years before World War II, blazing the path for every blues and blues-rock musician to follow.

Although Duskin's Arhoolie release Cincinnati Stomp was an instant classic in 1979, it's been over a decade since his last studio recording. This "comeback release" session pairs him with stellar sidemen - Phillip Paul, drummer on over 350 sides for King Records, and bassist Ed Conley , also a King veteran. British rock guitar great Peter Frampton lends searing solos to a pair of tracks, as does William Lee Ellis.

Beautifully packaged, with extensive liner notes and a special narrative track, this recording is meant to capture the classic Cincinnati blues sound before it's lost forever.

Other Albums for Yellow Dog Records on Airplay Direct:
http://www.airplaydirect.com/yellowdogrecords