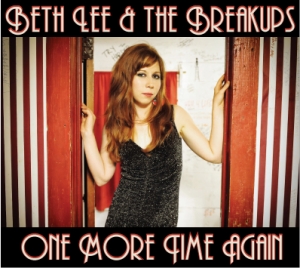 Following alongside her parents at icehouses, dive bars, and
honky-tonks, Beth Lee adopted the grit and soul of the Houston music
scene at an early age. After maturing alongside the influence of a
musician father, she moved to Austin to find out what
the "live music capital of the world" was all about. Longing to
go into the studio and start her own band, Beth enlisted the help
of Ron Flynt and Scrappy Jud Newcomb, two talented musicians in the
Austin scene. After the release of her debut album, "Cassette
Tapes and Cash Money" in 2008, Beth was mentioned in Rob Patterson's
Sidetracks column in Texas Music Magazine as a songwriter to "keep an ear
peeled" for. She stands at "the crossroads where roots and rock meet, like a
sweet, sad angel ready to deal with the devil in all of us". She
currently plays shows around Austin, most recently with local Houston
transplants: Jimmy Dundon (her dad), guitarist Adam Burchfield (The Octanes), and drummer Joel Duhon (Van Wilks). They formed the "Breakups. Joel's hard-hitting
drums, Adam's rockabilly guitar licks, Jimmy's punchy bass lines (and familial harmonies) , and Beth's soulful songwriting create a sound that is feisty yet vulnerable, unapologetic yet heartbroken.
Beth's vocals and songwriting skills (think Wanda meets Lucinda) combine to form a unique take on a music rooted in tradition. The Breakups recently went into the studio with producer Ron Flynt to work on a new album entitled "One
More Time Again", a 13 track story of relationships gone wrong, with
song titles like "Foolish Heart", "Time to Talk", and "13 Roses". It is mainly a band album, with a couple of guest appearances from local country singers Bracken Hale, Jenn Miori (Carper Family), and Christy Hays, drummer Vicente Rodriguez (Sisters Morales, the Drakes), guitarist Matt Giles (Toni Price, Marcia Ball), and the keyboard
stylings of Ron Flynt (20/20) and Jim Hawkins. It also features "ex-breakup" member Jessica Will on bass. There are 12 original tracks, including the title track co-written by drummer Joel Duhon, and one song written by Beth's father (Jimmy Dundon) called "Messy World". The c.d. is currently available online and at Waterloo Records in Austin, TX.