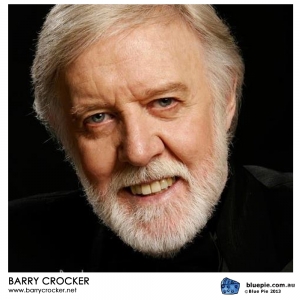 Earlier this week Blue Pie’s Barry Crocker met with Prime Minister Julia Gillard to discuss propositions for the Adopt-A-Pensioner campaign, which he is heavily involved in.

Large supermarkets including Coles, Woolworths and even Dick Smith have already donated large sums towards the campaign. As a celebrity campaigner, Barry Crocker was featured on Channel 7’s Today Tonight for all his hard work in making things happen for the pensioners of Australia.

After pitching the idea of the ‘take a pensioner to THE ARGUES for free’ campaign to Ms Gillard, she responded: “That is a fantastic idea and a great thing to do. Congratulations!”

So go ahead and Adopt-A-Pensioner to take your pensioner to see THE ARGUES: THE MOVIE for free!

A big thank you to Barry Crocker for his dedicated work with the pensioners.

To read a full news article on the campaign in The Age Newspaper, head to: www.theage.com.au/national/melbourne-life/tv-programs-at-war-over-pensioner-yarn-20110418-1dli8.html

ABOUT THE ARGUES THE MOVIE:

THE ARGUES THE MOVIE is a story of how a son, a mother, and a duck named Leon Skank assault the Hollywood star system in an attempt to secure work through one of the biggest international actors’ agents in the world; Ed Tomato at ICU Management Los Angeles.

However, things don’t go so well! The nerves of both mother and son are starting to fray and temperature has become very icy. They split up and go their own way however reunite in Venice!

The ramifications of their approach to secure Ed as an agent results in a chase around the world…and the World Wide Web as David’s puppet duck, ‘Skanky’, becomes the talk of the town.

But David tells everyone he is Leon Skank! He thinks this will get him the attention he needs. Limo at the ready he cruises the streets of LA thrusting the ebullient Leon at anyone who’ll stop and pay attention. Batman, Darth Vader, the very reverend Reverend and footpaths full of gawking on-lookers are both dumb struck and more than amused by the rapid beaked repartee of this very strange visitor to their already very strange shores.

This is a story of remembrance, rehabilitation and outrageous situations that offer a bizarre insight into the world of showbiz and the struggles of an out of work actor.

THE ARGUES, features David Argue; the once great, and highly respected Australian actor who has appeared beside both Mel Gibson and Nicole Kidman. He has also been featured in classic Aussie films like Razorback, Going Down and Blood Oath just to name a few.

This film is ARGUEably a funny, mad and eccentric trip.

Blue Pie, the record label, is one of Australia’s leading independent labels. The label has a wide and diverse range of alliances, global partnerships and proprietary technology that we make available to all our artists, labels and content partners. These relationships combined with our technology, systems and infrastructure allow our artists and labels to reach new and exciting fan bases and markets globally. Blue Pie is proud to represent over 80 labels and over 1300 artists worldwide.

Search on 'blue pie' in Google for more information.
**END***


< Go Back
2
What's This
Advertisement