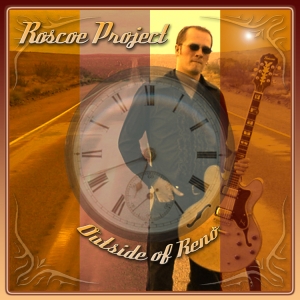 The Roscoe Project is a CHR, HOT AC group which has tastefully combined intricate guitar melodies and layered vocal harmonies to produce a sound unique to their roots. Once acquainted, one can sense the subtle influences of folk, pop, and classic rock. Originally a native of West Kilbride, Scotland, Laurence Roscoe has now based himself and the Project in downtown Toronto, Canada, as well as Puerto Vallarta, Jalisco, Mexico.

We have partnered with Howard Rosen Promotion of Van Nuys, California who has spearheaded a full scale radio campaign of the Roscoe Project covering over 600 Top40/CHR/HotAC radio stations throughout the United States. We were successfully added to play lists across the United States on a daily basis and experienced over 300 radio spins per week across the U.S.. Howard Rosen successfully promoted many of the largest acts in the music business (Fleetwood Mac, Van Halen, Temptations, Barry Manilow, KISS, etc.) as Senior V.P. of Promotions at Casablanca, Elektra, Warner Brothers, Motown, and A&M Records from 1970-1985 and now as President of "Howard Rosen Promotion". In addition to the United States radio campaign, we are also receiving nationwide airplay within Canada on the entire CBC radio network as well as a variety of CHR and HotAC radio stations.

The Roscoe Project has recently signed a publishing deal with music industry heavyweight producer Mark Berry of Attack Records who is affiliated with Universal music and Cherry Lane Publishing of New York city. In addition, the group was recently nominated for Best rock / pop group at the Toronto Independent Music Awards (TIMA).

We have participated in 4 separate International Pop Overthrow festivals. Our showcases for the International Pop Overthrow have been held in Los Angeles, Chicago, New York, and Baltimore. The city of Toronto asked us to perform at the Celebrate Toronto Street Festival 2004 at the main stage at Yonge & Dundas square. We have also had 3 separate showcase evenings at the Hard Rock Caf / Club 279 and regularly play at clubs, festivals, and venues throughout southern Ontario.