Late For The Moon 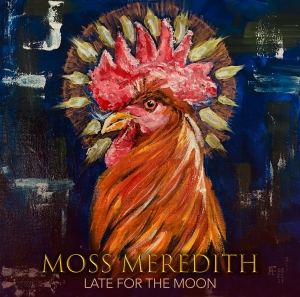 A shared Welsh Heritage and Influences from British Folk Rock, flavors all their music with tight harmonies and catchy hooks. Rich stories with mysterious characters who live their lives in their own musical universe and share their epitaphs that will be carved in the granite of your very soul.

While Dave toured US and Europe extensively supporting his SIlent planet releases. Marc sang his songs from Austin to Nashville. They always kept in touch and shared experiences on the road. Marc also worked in the studio and on the road with David Bromberg, Linda Ronstadt, Los Lobos and many more, while co-writing and performing touring with Angel Band for several years.

Marc relocated to The Hudson Valley and began performing with his wife Ency as The Mosstins. They released their critically acclaimed first CD “Hardscrabble”in 2013.

When the COVID Pandemic hit, Marc & Dave, all performances canceled, decided to start writing together and via Zoom, composed a new album together. The result is “Late for the Moon”, a collection of eclectic melody-driven Americana tunes.

A mysterious woman walks alone before dawn, in the Catskill morning mist humming a tune. Brother Juniper searches for meaning in a Precarious world. Love is lost and mourned, while new love surprises us; “we never saw it coming”.

From The Great East Coast Black-Out to today’s contentious media news cycle, Moss Meredith spins their tales from life experience and shows their many influences. Some will hear The Band, others The Beatles, and Crosby Stills and Nash.