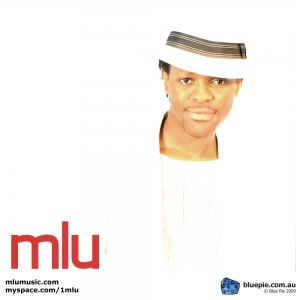 He gained a lot of experience within the recording industry while working in studio sessions and as a backing singer for many internationally award-winning projects. He also performed live with a number of platinum selling South African artists around this time, such as Sibongile Khumalo, Rebecca Malope, Vuyo Mokoena. Mlungisi then worked with internationally acclaimed songstress “Miriam Makeba” (aka Mama Africa). As they toured around Europe and America, influences of Afro music and Western sounds were combined, which is evident in Mlu's own sound. “It was through this experience that I learnt a lot about the rest of the world. I learnt that in music there are no boundaries, and realised that ‘the world is waiting’, and we ought to be ready and take charge to inspire.”

Mlu has achieved global success with his new album “Music, Lovan, Unity”. He has taken his music to a new level within the RnB, Soul and Afro Music communities around the world. His profile continues to grow in South Africa, Australia, Germany, France and the UK. His first single from the album was “Do you Right” and has been a constant addition to the RnB radio airplay lists for the past 2 years. In March 2011 he again topped all the radio charts and has been constantly in the top 10 for over three years in his home country of South Africa. Mlu is a consummate performer and shares his music world with everyone. Prepare to be captured by the pure talent that is MLU. God Bless.

MLU is a Blue Pie Records USA artist and is published by Blue Pie Publishing USA (ASCAP) for selected titles.