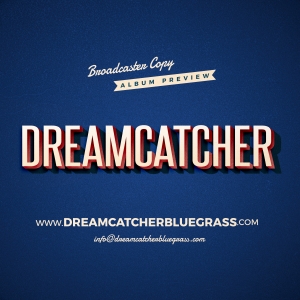 Dreamcatcher - Album Preview
Dreamcatcher began when Aaron “Frosty” Foster and Troy Boone decided to form a band with classmates at East Tennessee State University. The plan was that the band would provide them with a platform to perform and further develop skills they had gained from college. Dreamcatcher’s first performance was during the 2015 IBMA World of Bluegrass Festival on the Youth Stage.

The upcoming project will be a compilation of Dreamcatcher members from both the present and past. This album preview contains three songs, two of which have never been recorded. The powerhouse song writing duo of Bobby Starnes & Tim Stafford contributed “Carolina Bound” which features the lead singing of Denison University graduate and current Dreamcatcher band member, Grace Gilbert. “I Haven’t Seen Mary In Years” is a Damon Black song that was recorded by James & Bill Monroe in 1969 and features the lead singing of East Tennessee State University student, Colin Ray. Aaron “Frosty” Foster provides lead vocals on the final song of this album preview titled “Girl With The Sparkling Eyes” which is a true story written by ETSU alumnus, Cory Wharton. The tracks are available to broadcasters through AirPlay Direct & for purchase/download at www.dreamcatcherbluegrass.com!