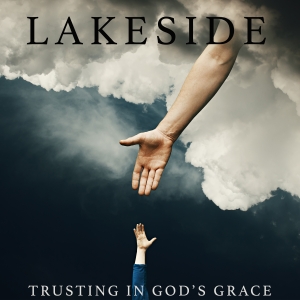 Morning Glory Music is delighted to share LakeSide's second featured single release, "Trusting in his Grace," from their latest album, "Moving On." One More Time was the first featured single and was well-received on Bluegrass Today and Bluegrass Unlimited's radio stations.

The song was written by Greg Blankenship and Ben Allen, a previous member of LakeSide, and helped co-produce the project. They wrote a song that focuses on the power of God's grace and how it can help us in life through struggles and challenges.

The second verse was written by Greg 10 years ago about the experience of surrendering yourself to accept God in your life. Ultimately, the song shares the thought that you can live your best life through his Grace if you allow God in your heart. The track was produced with a soothing arrangement and smooth vocals with dynamic instrumental performances by the band members, LakeSide.

"LakeSide hopes that you enjoy this song and think of how God's Grace has been provided at times in your life." - Greg Blankenship, LakeSide

"LakeSide is a talented group of men with a versatile style enjoyed by bluegrass and southern gospel fans. They have great energy and are dedicated to spreading the gospel through their music. I highly recommend LakeSide for any event or service to share in testimony and song." — Paul Belcher

LakeSide is an acoustic gospel group located in Madisonville, TN. Their music provides a blend of Southern, Country, and Bluegrass Gospel music. They started playing in churches throughout East Tennessee in 1995 as a family group called "The Gospel Bluegrass Boys." In 2007, because of some member changes, the group adopted "LakeSide." This is a group of individuals committed to their Lord and Savior, Jesus Christ. They desire to share their personal testimonies and songs with all who will listen.

LakeSide's music has been created to touch the souls of the youth just as well as the adults. Their music is a mix of acoustic instrumentation and smooth harmonies to present the good news of Jesus Christ to each audience.

"Our prayer is for the Lord's will to be completed in each of our lives. We hope you are blessed through our testimonies and music." – LakeSide.

• Moving On is LakeSide's 5th album.

• The band is based out of Tennessee.