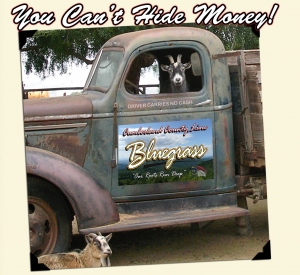 The Road I Traveled

The CD was recorded in 2019 and produced by Skip Cherryholmes (Sideline) at Old Stage Recording Studio in Garner, North Carolina. In addition to producing, Skip also contributed the guitar work on “Spanish Grass”. Other musicians helping to make this CD extra special were Gerald Bozarth, and two current members of Lorraine Jordan & Carolina Road, Matt Hooper and Randy Graham. Gerald contributed the banjo work for “The Road I Traveled” and “The Killin’ of Kelli Bordeaux”. Matt contributed on the twin fiddles on several songs and the lead fiddle on “Up and Down the Mountain” and “How Hank Felt”. Randy (founding member of The Bluegrass Cardinals) contributed the tenor on “Up and Down the Mountain”.

About the original songs

The Road I Traveled: Written by band member Bob Phillips
Novelist and poet Don Williams Jr. said, “The road of life twists and turns and no two directions are ever the same. Yet our lessons come from the journey, not the destination.” That’s what this song is about: good decisions, bad decisions and walking that path to the end. If we could only go back and re-walk our paths, we would all make a different choice at some fork in the road. “No, you can never go back and change your yesterday.”

Poor Boy Blues: Written by band member Rick Walton
Nearly 50 years ago on a night when Rick was feeling alone, unloved, and generally sorry for himself, he began messing around on his guitar, trying licks stolen from James Taylor and Crosby, Stills, and Nash. First came the chorus, loosely based on a line from “Hey Mister,That’s Me Upon the Jukebox.” And then came the verses describing the life of a sailor, a failed marriage, and the poor boy’s view of his unhappiness. So, let the poor boy sing another sad song!

Deep Water: Written by band member Bob Phillips Inspiration for song lyrics can come from a lot of different experiences. The lyrics for this song were brought on by cold North Carolina river water one icy January morning in 2019 while duck hunting. While trying to retrieve a duck wedged under a deadfall tree in the middle of the river, Bob wound up in the icy water with one hand on a tree limb and a foot on the boat, where his life jacket sat high and dry, and his wife Sheila’s reminder about wearing that life jacket echoing in his head. At that moment Bob called out, “Lord Jesus help me! I’m in deep trouble. Don’t let me be that guy on the evening news that drowned with his life jacket laying in the boat!” The Lord gave him enough strength to get to the riverbank. There are two lessons Bob wants you to learn from his experience: (1) Make sure you know that your soul is saved through Jesus Christ. We don’t know the hour or the day that He will come back or to decide to call us home. (2) Never ever, and he means EVER, come home and tell your wife what happened while you were hunting!

The Killin’ of Kelli Bordeaux:
Written by band member Bob Phillips
Murders and untimely deaths have forever been subject material for bluegrass music. This tragic but true story is about the 2012 murder of a pretty 23 year-old woman in Fayetteville, North Carolina. Beaten to death by a man with a dark past, Kelli's body laid deep in the pines off River Road for over two years. Only through the extraordinary efforts of David Marshburn, a local bounty hunter, would Kelli be brought home and justice served. Watch the “48 Hours” program, “The Hunter: Searching for Kelli Bordeaux” at our website www.cclbluegrass.com.

Down By Mabry’s Mill: Written by John Harrell
This song tells the lifelong love story of Charlie Holley (1896-1966) and Joyce Shively (1911-2004) and a special place in their lives known as Mabry’s Mill. The mill, built around 1908, sits in the beautiful rolling foothills of the Blue Ridge Mountains of Floyd County, Virginia. It was there Charlie and Joyce spent many hours holding hands and talking about their future together. Charlie and Joyce raised a family in a little home he built for them in the hills of Franklin County, Virginia. They held on to each other until a fatal heart attack in 1966 took Charlie at the age of 69. The sudden loss of Charlie was devastating to Joyce but she held on to the knowledge that they would meet again one day. As the years slipped by, she would talk about the “old days” more often. At times, she would just sit in her rocking chair and look out at the fields as if she was patiently waiting for Charlie to come take her home. Thirty-eight years after Charlie suddenly left her, at the age of 93 Joyce met Charlie again, “Down By Mabry’s Mill”.

How Hank Felt: Written by band member Garland Johnston Garland grew up listening to the songs of Hank Williams, Sr. This song is a tribute to Hank that grew out of a difficult time in Garland’s own life. His own heartbreak allowed him to truly understand the deep feelings that went into the songs that he references in “How Hank Felt,” songs that made Hank Williams such an icon in American Country music.


About our version of "Whiskey Before Breakfast".
Written by Andy DeJarlis
Did you know that the fiddle tune “Whiskey Before Breakfast” is actually of Canadian origin, not Scott-Irish? And did you know that it has lyrics to it as well? Well, if you didn’t, you are not alone and that’s why we included our singing version along with a traditional fiddle rendition by Sheila Phillips on this CD. The last verse of the song mentions “everybody in town,” so just for fun, we packed the recording studio with friends to help bring that portion of the song to life! We had a great time (and no goats were harmed in the recording of this song).


< Go Back
11
What's This
Advertisement