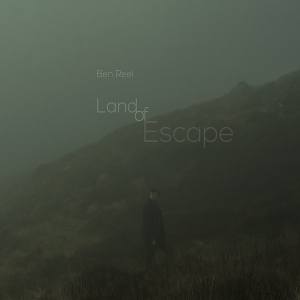 Irish artist Ben Reel released his current album ‘Land Of Escape` in the Spring of 2018 featuring 12 new tracks. This was the 8th studio album recorded and produced in his home studio in South Armagh. ‘Drifting` will be the last of the summer wine from this record.

Since his debut album `This Is The Movie’ back in 1999, Ben has reinvented himself from album to album, influenced by different styles of music over the years. As one critic saying, " He's not afraid to throw in some in folk, soul, reggae vibes, which in turn call to mind John Hiatt at his best". Another describing it as somewhere in the middle ground between rock and jazz or a sound that is sometimes reminiscent of Dylan and the Band.

In a solo career which now spans 20 years receiving critical acclaim from radio & press from around the world with numerous high profile TV & Radio appearances like BBC & RTE and Dutch NPO radio, supporting names like Jools Holland, Alabama 3, The Cranberries and has collaborated musically with such names as Hal Ketchum, The Blockheads and co wrote and performed with some of Nashville's finest like David Olney & Irene Kelley.

Ben was selected to play an official showcase at Folk alliance in Memphis TN & has toured as double bill with Tommy Womack (Nashville) in the U.S & UK & also with legendary American folk singer/songwriter Eric Andersen in the UK & NL. While in Nashville he has been invited to play the famous Bluebird cafe on a number of occasions, most recently Sept 2018.

2019 has been an exciting year so far with a new album recorded in Nashville with Will Kimborough & Tommy Womack producing and E street band member Garry Tallent playing bass on the new record which will be due out early 2020. Watch this space.