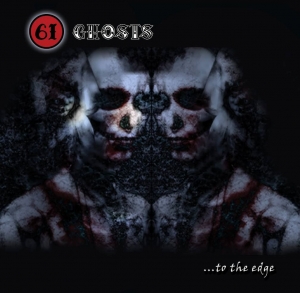 It Was an Unlikely Combination
JD Sipe packed up his bass in New Mexico, Dixie brought her bare knuckle style of drumming, and Joe Mazzari brought his gutter rock guitar and gritty vocals that have a New York bite, to create 61 Ghosts. But the gravity that attracted this unlikely trio, that are based out of Clarksdale, is music that blends Rock, Americana and Mississippi hill country blues. 61 Ghosts draw upon their own personal musical influences. Each had already honed a sound through years on the road. Joe played with Johnny Thunders (post New York Dolls), fronted a handful of his own original rock bands, and recorded with Jimmy Miller who’d produced the Rolling Stones, Motorhead and Traffic.

JD honed his swamp blues bass touring for five decades throughout the Southwest. Sharing the stage at times with Homesick James and Joe Houston among countless other blues greats. In addition to performing at dozens of festivals.

61 Ghosts felt the need to create their own unique style of music drawing upon Joe’s poignant lyrics and melodies. JD and Dixie together create steamy-driving grooves, razor sharp dynamics, and high energy to create what all three refer to as Badlands-Rock Americana. Their combined passion and need to create a style of music all their own brings the Southwest desert, the streets from the City of Sin, and the restless spirits of the Mississippi Hills that conjures up 61 Ghosts.

REVIEWS
"61 Ghosts walks the generations in a mix of the depth of Delta blues with a clash of the classic rock it birthed through the street poetry of Muddy Waters and Howlin Wolf, Bob Dylan and Bruce Springsteen. "How does it feel?" asked the Nobel laureate. 61 Ghosts answers with grit and soul, sinew and sweet melodies, wrapped in stories of longing and persistence, energy and delight." ~ Charles Guyette, Music Critic Long Island Tribune

"61 Ghosts is like being dragged behind an old Harley through the Americana Badlands." ~ Lester Thompson, Music Critic San Francisco Review

"Chasing 61 Ghosts" just may be the pinnacle of Mazzari’s career to date. It's rock, it’s blues, it's country, it’s folk, without regard to where one style stops and another takes over. . . Joe Mazzari reaches beyond what he’s accomplished before by expanding his musical vision and breaking down barriers.” ~ ReverbNation

"I was happily surprised the first time I heard Dixie play behind Mr. Leo. Dixie has the ear for raw blues. She is very humble about her talent, which makes it that much better." ~ Cedric Burnside, grandson of the famed hill country blues artist R.L. Burnside and six-time winner of Blues Music Award for “Drummer of the Year.”