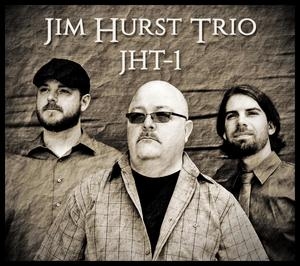 Jim Hurst is a guitar veteran, known for his live performances, recorded music and tours with several well-known Country and Bluegrass bands. Jim received IBMA’s 'Guitar Player of the Year' Award twice now, has been nominated for this award several times, and is nominated again this year, 2016. He is lauded by his peers and fans for his versatility of both finger-style and flat-pick techniques on guitar. He tours nationally performing his solo show, teaching at music camps and workshops as well as private lessons. Jim is also a singer, songwriter, producer, and now a founding member and leader of the Jim Hurst Trio,

Nate Lee, is a Nashville based musician with a well-respected dedication to the fiddle and mandolin. Already a veteran instructor teaching at music camps and individual lessons, Nate enjoys sharing musical knowledge with others. His music performances are among the best in the business, and his mentors, fellow musicians, and fans have taken notice. He was awarded the 2015 IBMA Momentum Performance Award for outstanding performance and accomplishment on fiddle and mandolin, Instrumentalist category. Nate is also a JHT co-founding member and is remarkable on mandolin, fiddle and harmony vocals.

Erik Alvar, is a commercial music graduate of Florida State University and current masters in music performance student at the University of Florida. He found a home in the acoustic music community performing with various bluegrass and folk groups, and in a variety of theater shows including; A Christmas Story the Musical, Hank and My Honky Tonk Heroes, and Classic Nashville Roadshow. Erik is also a JHT co-founding member and bassist of choice, and is currently nominated for 2016 IBMA Momentum Performance Award for outstanding performance and accomplishment on bass, Instrumentalist category.
10
What's This
Advertisement