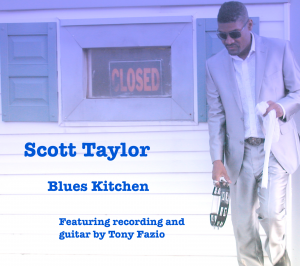 "Enter Scott Taylor, who’s reviving everything we love about the genre. Based in Washington, DC, Taylor inspires heartfelt yearning with his interpretation of soul-flavored blues, while still finding time to perform at church on Sunday. Steeped in tradition, his music is the kind that stands the test of time because its blues roots yield infusions of funk and psychedelia too, creating a mix that’s irresistible."

As the Tide Goes By Video Premier

Lyrics:
For such a long time now
these years have haunted me
so alone in my bare existence

For in a cry, there is hope
many years of hurting

For in a cry, there is hope
many years of hurting

I am so cold
I am so very lonely
wanting your love
as the tide goes by.
For in a cry, there is hope
many years of hurting