The Keller Sisters "House of Cards" 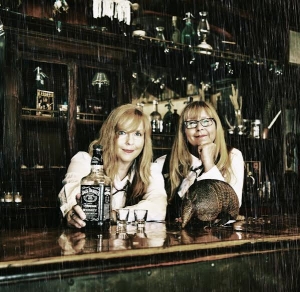 
Sheryl and Kerry grew up singing together in glee club, choir and musical theater. Daughters of film and theater performer " Eileen Christy " summers were spent on the road learning from the best, they were also discovering guitars and folk music. They performed as a duo in their teens playing country rock and folk. After years in a rock and blues band the sisters started playing as a duo again. In 2012 they released their first CD " Shine " which did well on the Americana Roots Charts. Both CDs can be found on ITunes, CD Baby, Amazon and streaming on Spotify.


"House of Cards" is the second release from The Keller Sisters and is a collection of songs about the light and dark side of love and life. From the heartbreak of the title track "House of Cards" and "The Hard Way" to the lighthearted "Las Vegas" and "The Rock Bottom" the sisters again show their love of storytelling. The song "Jenny's Kitchen" was a late addition to the project and inspired by the studio in a beautiful San Francisco Victorian where the tracks were recorded. The California gold rush inspired the last track "Ballad of Varla Jean" which has become a favorite at live shows and won numerous songwriting awards. The Keller Sisters music has been called American Folk Pop and the songs on this CD are filled with wonderful melodies, thoughtful lyrics and sister harmony.
Huge Thank You to the wonderful musicians who played on this project:
Henry Salvia ( Houston Jones ) Piano and Accordion
House of Cards
Eric McFadden ( Eric Burdon ) Mandolin Jenny's Kitchen
Ed Ivey Trumpet and Upright Bass Las Vegas and Sideshow
Mike Anderson (77 ElDeora ) Upright Bass Varla jean
Jenny Kerr ( Jenny Kerr Band ) Banjo Varla jean
Ken Owen drums
Phil " Philbillie" Milner our wonderful producer at Okey Doke Records