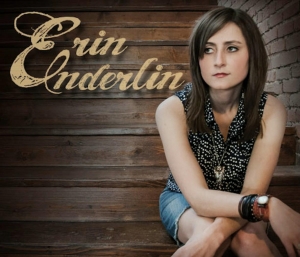 Arkansas native Erin Enderlin first fell in love with country music listening to the likes of Willie Nelson, Conway Twitty, and Johnny Cash on her Papaw’s record player as a child and started her own music collection with singers such as Reba McEntire, Dolly Parton, and Trisha Yearwood to name a few. She began to write and perform her own songs around Central Arkansas and followed her passion to Tennessee right after high school.

Since arriving in Nashville, Erin has had songs recorded by artists such as Alan Jackson, Lee Ann Womack, Luke Bryan, Joey + Rory, and Tyler Farr. These include the award winning singles “Monday Morning Church” and “Last Call” as well as the critically acclaimed “You Don’t Know Jack.”
On her first major tour, Erin was a featured artist on the Willie Nelson Country Throwdown in 2011, promoting her self-titled debut album co-produced by innovative country artist Jamey Johnson. Since then she has opened shows for artists such as Marty Stuart, Kip Moore, and Diamond Rio. Erin saw a lifetime dream come true by making her Grand Ole Opry debut September 6, 2013, and has also played stages including the famed Ryman Auditorium and Billy Bob’s Texas.

Erin’s current record “I Let Her Talk” was released August of 13, 2013 and has already received great reviews from publications such as Billboard, Roughstock, and American Songwriter. With a review of lead single, I Let Her Talk, by Robert K. Oermann calling it “Strong stuff” with a “riveting country delivery.”


“That girl’s a baddass.” – Miranda Lambert
“She is going to have a stellar career in country music, or any music, for that matter.” – Jamey Johnson

“Erin is WAY above average, a wonderful singer, and somewhere in there is a great artist.” – Merle Haggard
9
What's This
Advertisement