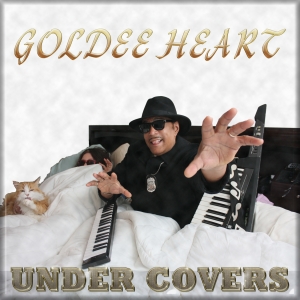 Goldee Heart’s interest in music, and specifically in piano, began at the early age of seven. By age eleven Goldee joined his first band as a keyboardist performing in local nightclubs, and later throughout the East Coast corridor. After performing with several local groups he released his first recording, "Give Me A Minute.” Circumstances influenced the self-contained and introspective artist of today, creating a blend of urban R&B and pop which is unique to this artist who has produced his recordings utilizing multi-track layers of his own performances with a variety of influences.

Goldee Heart is a publisher and writer member of The American Society of Composers Authors and Publishers (ASCAP), a recipient of two Virginia R&B Independent Artist Awards. He is also 1st Place Winner of American Idol Underground R&B On Demand Competition. On April 28, 2014 Goldee reached Number One on Richmond,Va Reverbnation Pop Charts for the 3rd time.
Advertisement