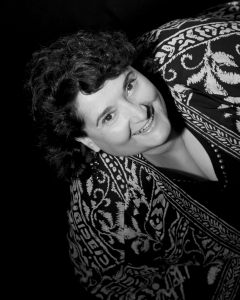 One of the best parts about IBMA’s World of Bluegrass conference is you never know who you’ll meet around the next corner, or who will show up playing in a throw-together band.

Two years ago, I dropped by an after-hours showcase to hear Stacy Grubb, a West Virginia songwriter who is the daughter of a bass-playing friend. Her band, put together for the show, included Ron Block on banjo and Sierra Hull on mandolin. Great band. Great show.

Last year, I dropped by the release party for Clay Hess’s first solo project, Rain. Ron and Sierra were in that band, too, along with Adam Steffey, Aaron Ramsey and other stars. Again, great band. Great show.

Also last year, I met Dawn Kenney at an informal late-night songwriter’s circle. She was friendly, ernest and incredibly talented. That’s not unusual, by any means. In Nashville, chances are even the hotel window washer is a first-rate songwriter. But as a songwriter myself, I was drawn to her writing.

So last night, I dropped by the Boston Bluegrass Union’s after-hours showcase to hear Dawn play the kickoff set. And I accidentally stumbled across another one of those accidental bands, including Louisa Branscomb on mandolin and Jeanette Williams on bass, Brandon Godman on fiddle and Richard Cifersky on banjo.

The short set featured cuts from Dawn’s recently released EP, Sing Me Home. Dawn’s singing, alone, would have carried the show. But the sweet harmonies from Louisa and Jeanette made the showcase all the more compelling.

The highlight for me was the title cut, a gospel number Dawn wrote after losing a relative to Alzheimer’s. The showcase, in front of a full house in a small conference room, will be good practice for an upcoming performance in front of a bigger audience. On Nov. 30, the New England songbird will perform Sing Me Home at Carnegie Hall.

And I’ll be able to say I knew her when.