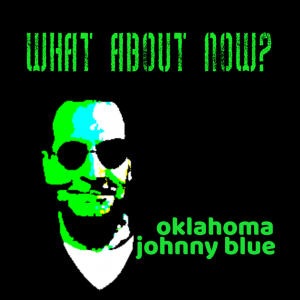 SMOKE AND MIRRORS is the sixth and latest ALBUM released by oklahoma johnny blue. oklahoma johnny blue is the stage name used by johnny potts. johnny wrote songs on music row in nashville some years ago and had chart records, won an ASCAP award, and wrote with some of the top songwriters in music city. in other words, he knows his way around a song. johnny has been quoted as saying "he is workin' on a groove". the ojb sound is sort of a rock blues country soul groove.

the rock reviewer matheson kamin writes: "oklahoma johnny blue writes song after song that is upbeat and very energetic. as each song plays out, you get a very real sense of the playing ability of the songwriter as well as his ability to write songs that are fun to listen to".

ojb's fifth and latest EP--EVERYBODY RUNNIN'--to be released in the fall of 2018.

all songs written, performed, and recorded by oklahoma johnny blue