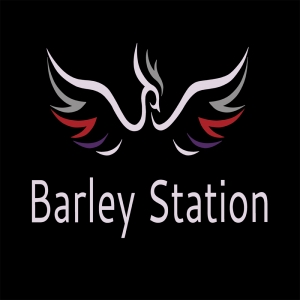 BARLEY STATION has become a top Indie recording artist scoring #1 and top 10 songs on a myriad of charts, both indie and mainstream in the US such as FMQB, New Music Weekly, National Radio Hits, The Independent Music Network and overseas on the European Indie Charts with songs that cross into multiple genres. It is about making music for the love of art in musical form.

The mellifluous sounds of Barley Station can be detected not only in their intricately written lyrics, but also in their sound with layers of real, organic harmonies, driving rhythms, and contagious melodies. Although the band pulls a distinctive Alternative vibe, in terms of genre, most reviewers, fans, and radio claim that the Barley Station signature is a genre crossover blend of Americana, Country, Pop, Folk, and even Rock/Alternative which is authentic and original.

Somewhere deep in the heart of the Midwest United States, is a well-polished gem known to the Music Industry as Barley Station. From it first inception in mid 2011, the band has written, produced, and launched three albums ‘After All’ (2012), and ‘Damaged Goods’ (2013), and ‘Back There Somewhere’ (2017) along with dozens of other singles after and in between and has toured regions of the US (see full discography below). With the release of their third full-length album ‘Back There Somewhere’, the band continues to expand onto the music scene in bigger ways.

The band had a #1 song on the Euro Indie Charts in 2017 (17 weeks at #1 and ongoing) and the same song, “Younger Summer Memories” also won a spot in the Radio Airplay sponsored Summer Songs 2017 contest and was added in rotation on Jango Radio’s Independent Summer 2017 Playlist.

The mellifluous sounds of Barley Station can be detected not only in their intricately written lyrics, but also in their sound with layers of real, organic harmonies, driving rhythms, and contagious melodies. Although the band pulls a distinctive Alternative vibe, in terms of genre, most reviewers, fans, and radio claim that the Barley Station signature is a genre crossover blend of Americana, Country, Pop, Folk, and even Rock/Alternative which is authentic and original.

Barley Station’s music from their catalog of three albums and multiple singles are continually being added to Spotify playlists, and have been well received by their fans internationally. No strangers to radio, their songs have been in the top 40 since first release in 2012 and spent four consecutive months (including two months in the top 10) on the APD Global Radio Indicator Charts Top 40. The album has appeared on the Roots Music Charts, and on the CMJ reporting stations that added songs into rotation, those songs broke through the top 30 by the second week.

They have positive press feedback from a myriad of credible publications, radio, and television media platforms (see media section below).

The band is comprised of its original members, both all-around musicians, singers, and prolific songwriters in their own rights. Chief frontman and Producer, Randy Wayne Belt (vocals, bass), and chief funnyman, Brian Kious (vocals, guitar), have credentials aside from their music which only adds to their unique blend as a band. Randy’s background in Acting, writing, and Musical Theater in conjunction with Brian’s similar penchant for writing results in cleverly written lyrics and ballads that manage to borough into the hearts of their fans. There is not one song in their extensive library which hasn’t garnered a response from fans that feel ‘connected’ to their music.

Although the band is presently situated outside the St. Louis, Missouri metro area, their eclectic range of talent was cultivated in their originating roots and by being in the crossroads of many forms of music. Brian Kious’s adventurous and lively songwriting skills come from growing up in his native Texas and then Missouri. Randy Wayne Belt, originally from St. Louis, has cultivated his artistic edge through Musical Theater and Acting. Randy has also picked up the pen, not only as a songwriter, but also as a Music Journalist and is also contributing writer for Starlight Music Chronicles Magazine. His work has also been published in American Pride Magazine, Indie Habit, and A.V.A. Live Radio.

The kinship between these forces goes back to the early 2000’s when Randy and Brian, originally fronting another band, chose to venture out on their own and from 2011 to present day, create music under the Barley Station name.

Some of the newest music has appeared on multiple compilation Albums through Bongo Boy Records (Bongo Boy Records Asia) and are being actively marketed to Asia via Music Dish China and Bongo Boy Records with distribution and promotions in Asia (Hong Kong, Macau, Taiwan, Malaysia, Japan, mainland China and more). The band also has dedicated pages on platforms and services in China.
After All (February 2012)
Going back further, the band’s debut album ‘After All’ hit the ground running and was immediately picked up by radio nationally and internationally and the band gained valuable experience in interviews and TV and Radio in-house appearances. The group toured the central and eastern United States to support “After All” with astounding live performances which broadened and strengthened their fan base further. This album began the reputation for mixing, blending, and crossing genres.
Damaged Goods (June 2013)
With the same blending and mixing of genres and with more of a penchant for music as art, singles from their album, ‘Damaged Goods’ have received heavy rotation in radio and have been well received by their fans internationally. The video for the song “Younger Summer Memories” from that album has been featured on the Bongo Boy Rock n' Roll TV Show series episode 1057 which has exclusive national airtime to over 15 million viewers in the USA on 9 major cable companies. (NBCUniversalComcast, FiOS, CableVision, Time Warner, RCN, ATT Uverse, Verizon FiOS, Charter Communications, Suddenlink) GO INDIE TV ROKU Channel in Canada, The UK and The USA to name a few).

From 2014 to 2017, singles like ‘Just Begun’, ‘Like Destiny’, ‘Double Star’, and ‘I’ve Got News’, transition the band from their earlier recordings to a more cultivated Barley Station sound without compromising consistency and quality. Additional covers of 'When the Stars Go Blue' (Ryan Adams), and 'Treacherous'(Taylor Swift) have also released throughout 2016 and have been well accepted among their loyal fan base.
Back There Somewhere (2017)

The band recently released a new full-length album titled ‘Back There Somewhere’ on September 14, 2017 and already, radio in North and South America and Europe have begun anticipating its arrival by getting ready to launch interviews and special features in support while still supporting the last two albums. In late 2017, a French remake and re-translation of the song “Warm Embraces” was released titled Baisers volés (Stolen Kisses) and is currently in rotation in French and European radio.

To cap off 2017 with a bang, the band released a Christmas song titled “Hear The Christmas Call” and is currently working on their fourth album with plans for a late 2018 release. In the meantime, a cover version of Madonna’s 1984 Top 10 Billboard Hit “Borderline” is due to be released on March 20, 2018. This version is a bit of rock and pop more akin to Madonna’s version from the 2010 Sticky and Sweet Tour and has a male lead vocal with a female guest vocalist adding leading harmonies to give the song new texture and dimension. The small snippets that have been leaked have supporters anxious and anticipating to hear the song once it is released.

In 2013, Barley Station were nominated for "Best Country Artist" and "Best Folk Artist" for AIMA (Artists In Music) Awards followed by their nomination in 2014 for "Best Country Artist" and "Best Composer/Songwriter" also at AIMA. The band was a contestant in the 2013 Texaco Country Showdown and has been interviewed internationally by numerous radio and magazine publications, including an extensive interview with the Entertainment Vine. The band has also been featured and performed live on FOX 2 News, and The Dave Glover Show on 97.1 FM in their home base area of St. Louis, MO.

In 2017, Barley Station was submitted for nomination for the Americana Music Awards in the ‘Best Song’ and ‘Best Artist’ categories.

“Barley Station is a rare breed of band that successfully combines all of your favorite genres into a unique sound of their own.”
- Jan Ostegard, Entertainment Vine

"They blend alternative country and rootsy folk-rock into a style that has all the pop appeal of the classic Jayhawks records, but remains earthy and resolutely unpolished. It’s a win / win for me, and I’m sure they’d appeal to both No Depression readers and fans of first generation country rock”
- Leicester Bangs (UK)

"Barley Station has an addictive “twang” about their music that, honestly, I never knew I liked. In fact, I had to make a new category in the Genre section for Country just for them."
-Marsbands.com

"it's clear that this is a band that is going in a consistent, forward direction and show no signs of stopping. "Double Star" is brilliant in its Immaculate Conception, composition, and imagery that is evoked when listening but it is also just a small piece of the pie when you consider the capacity and the quality of music that the band has already produced and recorded."
-CA Marshall in Starlight Music Chronicles Magazine