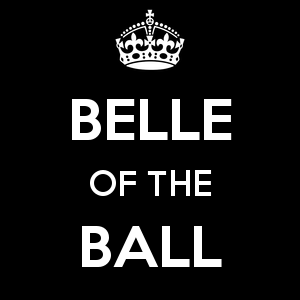 Juwita Suwito's debut solo album, Brand New World, was awarded Best Local English Album at the prestigious AIM (Malaysian Music Industry) Awards in 2005. She was also nominated for Best Female Vocal Performance in an Album that same year, along with 2 other nominations in different categories.

Juwita's journey in the professional music scene began in her teens as backing vocalist for leading Malaysian artistes at gigs, mega concerts and prominent award shows. She soon developed her own style and versatility, and was often called upon to record song demos for East Asian publishing houses. In an unexpected turns of events, some of these demos were regionally released and caught the attention of many a curious listener. One example is her moving rendition of Breathe Again published by Warner Music Taiwan in the original soundtrack of Mandarin TV drama series The Outsiders.

She has since released her sophomore album For Real [2006], Take Five With Juwita Suwito at Avanti [live EP, 2008] and Sejak Hadirmu [single, 2009]. All of these have also received AIM nominations. Her 2006 single Walk Away was country winner in the Best Female Solo Artist category of Music Aid International Music Awards 2007, while her latest singles, Stand, Greater and Belle of the Ball are poised to create international waves.

In 2008, an Indonesian edition of Brand New World was released in partnership with Insight Unlimited Indonesia while tracks from her studio albums have been released in Hong Kong in Universal Music's compilation albums featuring renowned international female artistes like Eva Cassidy and A-Mei. Incidentally, Juwita is also the Bahasa Malaysia singing voice of Disney characters Rapunzel (Tangled) and Princess Jasmine (Aladdin).

The former Malaysian Idol vocal coach is also a seasoned performer. She has toured Perth, Adelaide, Melbourne and Canberra and has also performed in Hong Kong, Moscow, Nairobi, Singapore, Taipei and Zurich. Her recent highlights include taking the main stage at KK Jazz Festival (2012), headlining an MPO Happy Hour Concert at Dewan Filharmonik Petronas (2013) and performing with David Foster & Friends in Kuala Lumpur (2014).

Known as an artiste that thrives on a down-to-earth relationship with her listeners, Juwita has a passion to encourage youth to discover and realize their full potential. She is one of the founder directors of Four Forty Records, a social enterprise with a vision to impact society through music by inspiring creative living and nurturing musicians.
1
What's This
Advertisement