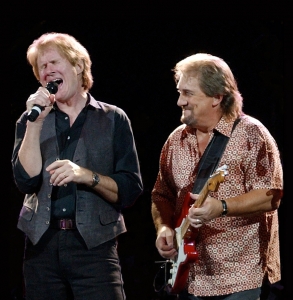 Toler Townsend Band Teams Up With A Taste Of Triple A


Feb 23, 2010-Chattanooga, TN—Independent label Garage Door Records is pleased to announce that "Ugly Rumors," the second single from the Toler/Townsend Band's self-titled debut CD, will be distributed by A Taste Of Triple A to programmers and specialty shows at 275 terrestrial (Commercial and Non-Commercial), cable, satellite and internet Adult Album Alternative (Triple A) and Americana radio stations nationwide on March 5th. With the release of its March "new music sampler," A Taste Of Triple A will expand its impact to include more than 4,500 stations worldwide via AirPlay Direct's digital delivery system. Based in Los Angeles, A Taste Of Triple A has been one of the leading distributors of new music to Triple A radio since 2004.

DEBUT CD FROM TOLER/ TOWNSEND BAND—“Toler/Townsend Band” is the new musical venture of two icons of the Southern Rock/Blues genre. The principals are virtuoso guitarist "Dangerous" Dan Toler, formerly of The Allman Brothers Band, Dickey Betts & Great Southern and the Gregg Allman Band, and Johnny Townsend, the blockbuster voice of Sanford And Townsend and their monster hit "Smoke From A Distant Fire.” Website: http://tolertownsendband.com