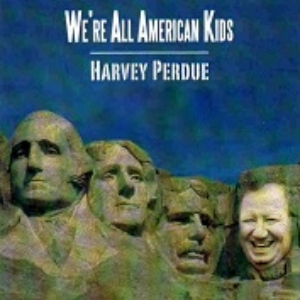 Harvey Perdue has gospel in his soul and country in his bones. When he sings, you know you are hearing a classic country singer that can make a syllable sound like a paragraph. He can belt out a song that will cut right through you, but he doesn’t sing the same old country song. Harvey combines the traditional country sound with a gospel message of love, hope and redemption to impact people’s lives. “My music is a prayer,” says Harvey, “It’s for people who have been to the bottom, real people struggling with their faith.”

Born and raised in Memphis, Tennessee, Harvey is the son of a minister who has served for 37 years, pioneering 12 churches in Tennessee, Arkansas, Mississippi, and Missouri. Young Harvey began singing and playing guitar before he was six years old. He was also preaching and writing songs at ten years old. He started recording his songs at the age of 12. Harvey was know as “The Little George Jones” at the age of 14 and was singing with his family’s band at the Linden Circle Theater and at many hayrides and jamborees throughout the Mid-South. At the age seventeen, Harvey became a full time evangelist, leading revivals, tent meetings and auditorium crusades across the United States. He has ministered extentisely with Native Americans of the Ogala Sioux and Blackfoot Indian tribes. He has pastored churches in Tennessee, Missouri and Oklahoma.

Harvey has written more than 200 religious songs and more than 130 country songs. Artists in both genres of music have recorded 43 of his songs. His song, “I Know, I Know,” sung by The Four Guys, was the most requested song in 1983-84 on the Grande Ole Opry. In 1999, Harvey was awarded Entertainer Of The Year for his song, “America You’re Too Young To Die” by the Country Gospel Music Association. He also received the 1999 Pioneer Award from the Texas International Music Association, the Silver Heart for CGMA Lyricist Of The Year and was named 1999 New Artist Of The Year by The Associated Media Group. In 2000, Harvey was inducted into the Country Gospel Music Association Hall Of Fame. Harvey has recorded ten albums.

A Christian minister for over 35 years, Harvey opened a church in February, 1989, after a seven year absence from preaching brought on by a painful divorce. “The people in my church at the time thought divorce was such a sin that they couldn’t get past it,” recalled Harvey. He lost his job at the church and started playing the “honky tonk” circuit. “I went from the pulpit to the bars and back to the pulpit again,” he says, “That’s when I discovered Harvey Perdue again and learned that we can’t judge anyone.” Harvey moved to Hot Springs, Arkansas, and started Cowboy Church Of Hot Springs.

Harvey is a genuine country stylist with the heart of a crusader. He has a passion for music and a compassion for people. He combines these two passions as a vehicle for the Lord’s work.
8
What's This
Advertisement