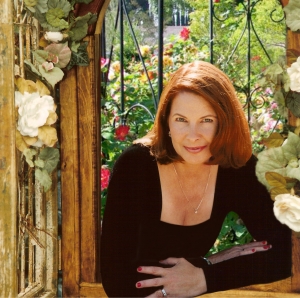 Making music for the animals at CASA
"Common Ground" by Laurie Z. will appear on "Forever Home", a compilation CD which includes 10 original songs by local musicians in the Stanwood-Camano Island, Washington area to support the animals at Camano Animal Shelter Association (CASA).

Laurie Z had only one piece of advice for the students Joe Montanez was teaching in his horticulture classes at Nobel Middle School in Northridge.

“Take time to smell the roses,” the acclaimed pianist and electronic musician told the kids, as she bravely fought lung cancer despite a lifetime of never smoking. “Each student designs a complete landscape project on their computers in class, in addition to working outside,” says Montanez, who was named the first Daily News Teacher of the Year in 1994. “Even after 26 years of being an educator, I still think it is essential to pass on to my students the importance of caring,” Joe says. “Many of the students I have taught seem to be desensitized to the world around them. I want to instill in them the knowledge to do what is best for both themselves and the environment.”

As he speaks, it’s a beautiful, crisp day outside. Twenty of Joe’s horticulture students are busy working in the 60- by 80-foot garden — tilling and listening to a CD of Laurie Z playing the piano. His childhood friend would have loved this moment, the onetime teacher of the year knows.

Kids smiling and enjoying themselves at school as they grow emotionally and educationally.
Smelling the roses.

Four Stanwood, Washington Middle School girls have each received $500 for an instrument or music lessons from the Laurie Z. Scholarship Fund.

This is the first time a scholarship for middle school students has been offered in the area, said Theresa Metzger, executive director of the Stanwood Camano Area Foundation. The scholarship is meant to help girls further their music education. In the application, the students had to explain why they deserved the scholarship and how music made a difference in their lives, Metzger said. "It was really hard making the decision," she said. Metzger said the scholarship helps the girls realize that adults in the community want to support them.