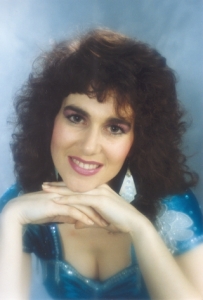 Anne Montgomery, the Country singer from New Zealand, comes from a musical family so music has always come naturally to her. She started young and has the distinction of being trained by Dame Sister Mary Leo - Dame Kiri Te Kanawa's teacher.
Her first headlines came back in 1975 with a performance on "Opportunity Knocks" in New Zealand. From there she won many talent quests and began to appear on many shows around New Zealand.
Highlights included four nominations for the "Rising Star Awards", which she won in the fourth year; she was the first woman to perform solo in Rarotonga (the capital of the Cook Islands), and had a single reach #4 on the Kiwi Charts, but she turned her back on all this and came to Australia.
Whilst in Australia, Anne toured extensively and worked all the major Clubs, appeared many times at the Tamworth C.M. Festival & toured Tasmania with Ian B. MacLeod.
In 2006, Anne returned to her native New Zealand where she now resides in the North Island with her husband and three children. She recently did a sell-out show with Ian B. MacLeod at the Eltham Town Hall in Taranaki and continues to perform locally at Clubs and Theatres.
11
What's This
Advertisement