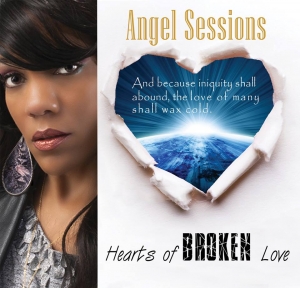 
Recording Artist and song writer Angel Sessions is a well rounded singer/song writer of her own music and style.

Angel has been singing for over 17 years. She has released three albums world wide. Her music career has taken her on some very interesting journeys. In her early career, Angel signed with Pittmoble Records/Ichiban Records. Her first album entitled “Introducing Angel Sessions”, was release in 1998. Her single, She was never her, got radio air play on over 40 stations across the globe and the video for the She was never her single, Staring Fred Williamson hit number 80 on the video charts. In 1999, Angel released her second album “Love Ride” on Volt records, a label Fantasy Records reactivated. She preformed a lot around the United States, including her home town in San Leandro CA, Kimball’s East, The black Expo, and four times preformed at the Grammy’s pre party in Los Angles Ca. Hosted by Tracy Edmond, and other Celebrates with the late Vonnie Sweenie. As a young singer when Angel was signed with Fantasy Records, she had the privilege of meeting and singing with some very talented legendary old-school artists. At that time she was Fancy Record’s newest artist who was exposed to seasoned professionals. It isn’t often that a younger artist receives this once-in-a-lifetime opportunity. Angel Sessions recorded and duet with Lenny Williams, William Hart of the Delfonics, LJ Reynolds of the Dramatics. She sang back ground vocals on Freda Payne’s’ album and wrote a song placed on Brenda Holloway album “It’s a Woman’s world, single called “Don’t keep running in and out my life. She also sang a duet with the late Ali Woodson of the Temptations single intitled “Vow” that was placed on the movie sound track, Down N’ Dirty, a Fred Williamson production, and background vocals for Earth, Wind and Fire. Angel writes all of her own music and won Honorable Mention 2 years in a row in the Annual Billboard Worldwide Song Contest for her writing and singing. Angel has also had a write up in the Rolling Stone and Billboard Magazine. She has acted in 2 movies, Down N’ Dirty produce and staring Fred Williamson, and A smile like Yours with Lauran Holly, and has toured with Mary Wilson of the Supremes as a backup singer. One of Angel’s most fun experiences was when she sung in the School Entertainment Activity Program (S.E.A.P) in Los Angeles. Many other artists including Angel traveled to different High Schools to sing for students who truly appreciated their music. The students where inspirited by the performances. Many artists sang in this program to introduce their new songs. Such acts were Usher and SWV (Sisters with Voices), Destiny’s Child, and Britney Spears.

Angel’s current gospel single title “You Got Him… You Don’t, can be purchased on iTunes and Amazon and other music sites on line. Angel has also released a EP album entitled “You” released world wide. Two videos are also released from the EP album, “Chasten” and “You got him, you don’t. She expresses in her song that salvation is of the Lord. He does all of the work of saving a person. “The mercy of God to save anyone is amazing to me, say’s Angel.” Yet His divine love though His word penetrates my heart, He guides me to write my songs which are such a blessing to me.”

Angel desire is to share her music, with all the passion and love she feels for Christ, though her music and hopes that it reaches across the world to the hearts of many. She is awaiting her new album intitled “You and Me” coming in December 2012 on Records Inkorpored record label.