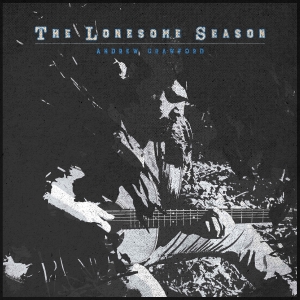 South Carolina based singer/songwriter Andrew Crawford is excited to unveil his empowering debut Bluegrass single from Bonfire Music Group. “The Lonesome Season” is out today and serves as the title-track from the Roots singer’s upcoming Bluegrass project, set for release later this year. As a seasoned studio veteran with many connections, Crawford has enlisted fellow artists/musicians Aaron Ramsey, Tim Crouch and Jason Moore, who are all featured on the recording. “The Lonesome Season” is available for download and streaming now.

“We wrote this tune with the intention, lyrically, being one that could mean a lot to folks who have been through a trying ‘season’ in their life. With the changes and challenges that have taken place with our society in recent years it seemed like the right fit as the first single and title track of this record,” says Crawford. “This song is a story, but with some imagination it is a nod to us all for overcoming and adapting. It is about survival and clinging to what really matters through hard times. Fortunate to have had so many great musicians, co-writers, and friends be a part of this whole record.”

While he may be new to the Bluegrass world, Crawford is no stranger to many of the genre’s biggest acts. Over the years, he has shared the stage with multiple Grammy winning and well-known artists in Bluegrass, Americana and Country genres including Vince Gill, Jim Lauderdale, Dale Ann Bradley, Rhonda Vincent, Randy Kohrs and more. He is also a multi-instrumentalist with a reputation for his especially adept and skillful guitar playing.

“The Lonesome Season” is straight-ahead Bluegrass. The upbeat recording was co-written by Crawford alongside Brandi Hudson and tells the story about hard times but with an optimist perspective. The SC native’s voice is on display throughout the song, which includes a must-hear instrumental break where special guest players have a chance to shine. Though it’s just a taste, Bluegrass fans can expect more great music to come in the following months that also stays true to the talented songwriter’s rural upbringing.

To follow the journey and learn more about Andrew Crawford, check out his official Facebook account. While there, music enthusiasts can listen to music, watch live performances, find upcoming tour dates and more!
13
What's This
Advertisement