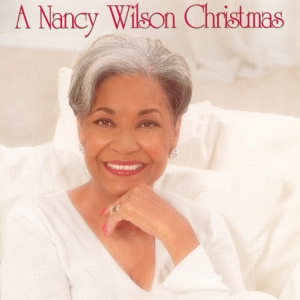 Manchester Craftsmen’s Guild (MCG), a multi-discipline, minority-directed center dedicated to fostering a sense of creative, intellectual and economic empowerment and growth among disadvantaged people in urban communities, appealed to Ms. Wilson’s commitment to the spirit of community. Ms. Wilson signed onto MCG Jazz recordings, and all proceeds from A Nancy Wilson Christmas go directly support the MCG Jazz program.

After a 60-year, successful career as a jazz, R&B and pop vocalist, Nancy Wilson has continually made Manchester Craftsmen’s Guild one of her higher priorities.

To support and promote such unique recordings as Ms. Wilson’s, MCG developed MCG Jazz, a specialty-recording label that captures the instrument and voice of legendary jazz artists who perform at the center every year. Recordings at the MCG Jazz studios have won a Grammy® Award for their 1996 pressing, The Count Basie Orchestra with the New York Voices, Live at Manchester Craftsmen’s Guild. In 1997. Since then MCG Jazz has won four additional GRAMMY Awards and received 11 GRAMMY Nominations.

Through her relationship with MCG Jazz, Ms. Wilson finally fulfilled a dream that had eluded her for many years. She had never recorded an entire Christmas album. With the help of the Dizzy Gillespie Alumni All-Star Big Band™, New York Voices, Monty Alexander, Herbie Mann and others, Ms. Wilson has created a groundbreaking Christmas album with the heart and soul of giving, for the 2001 holiday season.

“It was great working with some of the older guys, like the Dizzy Gillespie All-Stars,” says Wilson. “And the New York Voices were a joy. The diversity of the people involved with the project was great.”

Nancy Wilson’s enthusiasm is two-fold. She is happy to announce her first and only Christmas album after entertaining for 50 straight years, and Ms. Wilson is also happy to dedicate her time and album proceeds to helping build and maintain the MCG Jazz program.

“We have the best of both worlds under this recording label,” says MCG Jazz Executive Producer, Marty Ashby. “The artists enjoy coming to our center to play, and we are able to capture the music in a high-quality recording, and most importantly, the artists identify with and want to support the mission of MCG Jazz. This is the very reason Nancy Wilson agreed to do this special Christmas album. It’s a mix of quality with quality.”