A Name Will Come 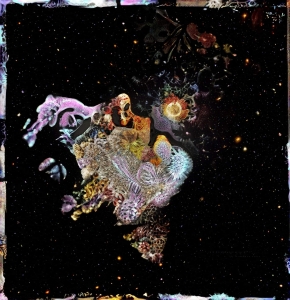 From the Gold Coast, Australia - Jimmy Sky, Joshy D, C.B. and the Bean Machine bring you the cultural and musical revolution known collectively as A Name Will Come. Drawing on popular sinfonic influences, but consistently loyal to their gothic, punk and metal backgrounds, A Name Will Come lace every show with potent social messages and the fire of good old fashioned rock.

Although their sound could never be prescribed to a single genre, spectators have often pointed out similarities to bands such as Placebo, Muse and H-I-M. Others have labelled A Name Will Come as 'Post-Everything' and 'The Sound of Creative Destruction'.

While labels are unimportant to the members of the band, they are quite aware that every gig and recording milestone thus far has been met with wide-eyed adulatory approval or jealous enmity. Likewise their culture of peace, faith in dreams, individuality and rebellion against all forms of oppression have already created divisions between those who have hearts and thoughts, and those who have closed themselves to everything but the power of the machine. For these boys there is no in-between: you either believe or you don't.

At present A Name Will Come are still a young band, having only just solidified their line-up - and while they have worked hard this year on the gig circuit, as well as completing an EP at Studio 55, they remain filled with youth and evergreen enthusiasm. However proud A Name Will Come may be of their accomplishments in 2007, which have included headlining slots at the Hard Rock Cafe, hitting the Top 20 in Triple J's Unearthed Charts with nothing more than low-fi demos, and RAGE airtime for their shoestring-budget clip Hill of Skulls, the boys continue to build a loyal and involved fan base, in readyness for enlisting the help of well-to-do individuals and organisations in shaking up the sleeping awareness of mankind.

Don't ever forget - when A Name Will Come appear on the steps of your local venue, prepare for everything - Unicorns ARE Real, and the California Gothic revolution IS taking back what the machine has stolen - one stone at a time!