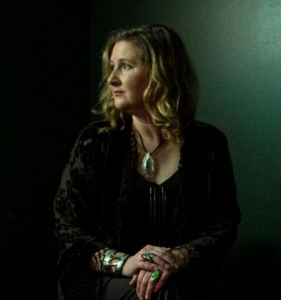 AMY BLACK TEAMS UP WITH BLIND BOYS OF ALABAMA TO RECORD HER ORIGINAL GOSPEL SONG, “I HAVE A CHOICE”
New single about choosing love over hate will be released
on March 13, 2020 -- Good Samaritan Day

NASHVILLE, Tenn. — Singer-songwriter Amy Black wants you to know that you have a choice. A choice to do what? To turn your back on hate and pride and clothe yourself with love and joy. Black’s new single, “I Have a Choice,” featuring Blind Boys of Alabama, drops Friday, March 13, National Good Samaritan Day.

Black explains, “I wrote this song because I wanted to remind myself that I always have a choice of who I’m going to be, how I’m going to act, and how I’m going to respond to whatever life throws my way. I was inspired when I thought of my mom and dad and many others who came before me. It’s encouraging to look at the choices they made, and are still making, to live in kindness and love. I can’t control what others do, I can’t even control my own mind, but I do get to control how I live.”

When Black wrote the song, she imagined one of her greatest influences, Mavis Staples, singing it (and she would still love to see that happen). But upon deciding to record it herself, she immediately knew who would be perfect to join the project — Blind Boys of Alabama. Black had opened a few shows for the fabled gospel act and had the chance to sing with them on stage. After a Washington D.C. show, she sang her song to Blind Boy Jimmy Carter in the green room and he exclaimed, “That sounds like a Blind Boys’ song!” It was all she needed to start the wheels in motion.

Once she secured fan funding for the project, Black enlisted Nashville producer and guitar maverick Joe McMahan to co-produce, engineer, mix and play guitar. She lined up a stellar group of Nashville musicians: Jimmy Matt Rolland on organ and piano (Todd Snider, Bobby Bare Junior), Robbie Crowell on bass (Midland, Jim Lauderdale, Deer Tick), and Josh Hunt on drums (Alison Krauss and Union Station). They weren’t in Memphis, but gospel was in the air.

Once the music was complete, Black met up with Blind Boys of Alabama while they were on tour with Marc Cohn in New England. They rendezvoused at the Wellspring Studio in Acton, Massachusetts, on an off day and recorded the song. The studio was just a few miles from where Black lived as a teen when her family relocated from Alabama to Massachusetts.

No stranger to studios, Black has released four albums in six years. After touring extensively in 2017, she returned to her current home of East Nashville and shifted focus (she now teaches mindfulness and yoga, in addition to playing music).

“After pushing so hard for years, I’m not in any rush to put out a new album. I’m allowing some space to see what’s next. With this song, I really feel like I have a message to share that’s helpful. I put it out there as a project and it got some great support so I moved ahead. It’s powerful to connect with how much choice we have at any given moment. I hope this song can help a few folks to find that - and continue to remind me!”

ABOUT AMY BLACK
A late bloomer, Amy Black began her music career in the Northeast and in a relatively short time developed into a national touring artist. As a vocalist and songwriter, she has explored genres including folk, country and Americana, blues, classic R&B, soul and gospel.

Building on the success of her sophomore album, This Is Home, recorded in historic Studio A in Nashville with musicians including Will Kimbrough and Oliver Wood of the Wood Brothers, Amy went to her parents’ birthplace of Muscle Shoals, Alabama to record at the fabled FAME Recording Studios with the renowned songwriter-keyboardist Spooner Oldham. The album, The Muscle Shoals Sessions, helped her find her musical sweet spot. She knew her next stop had to be Memphis, the place where blues and soul converge (and where she herself was conceived). Black hunted down several top musical architects to help her lay down the sound she was meant to make — the sound of Memphis. Her album Memphis put Black on the same continuum as soul sisters from Dusty Springfield, Ann Peebles and Mavis Staples to Bonnie Raitt and Shelby Lynne.

ABOUT BLIND BOYS OF ALABAMA
The Blind Boys of Alabama are recognized worldwide as living legends of gospel music. Celebrated by the National Endowment for the Arts (NEA) and the National Academy of Recording Arts and Sciences (NARAS) with Lifetime Achievement Awards, inducted into the Gospel Music Hall of Fame, and winners of five Grammy® Awards, they have attained the highest levels of achievement in a career that spans over 70 years. The Blind Boys are known for crossing multiple musical boundaries with their remarkable interpretations of everything from traditional gospel favorites to contemporary spiritual material by songwriters such as Eric Clapton, Prince and Tom Waits. They have appeared on recordings with many artists, including Lou Reed, Peter Gabriel, Bonnie Raitt, Willie Nelson, Aaron Neville, Susan Tedeschi, Ben Harper, Patty Griffin and Taj Mahal. The Blind Boys of Alabama have also appeared on The Tonight Show, Late Night, The Grammy® Awards, 60 Minutes, The Colbert Report and many other television shows.