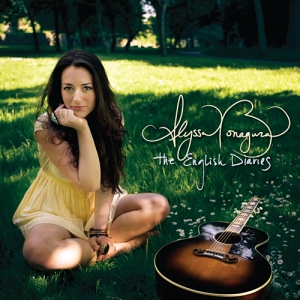 No stranger to the music biz, Alyssa’s childhood was spent between home and a tour bus with her singer/songwriter parents Michael Bonagura and Kathie Baillie, from the hit country act “Baillie and the Boys.” It seemed only natural for Alyssa to become a singer and songwriter herself—as a ten year old she recorded a Christmas duet with Kenny Rogers, and she started writing songs at eleven.

After high school, Alyssa chose to go far from home to pursue her musical dream. She was awarded a scholarship from Sennheiser to attend Paul McCartney’s Liverpool Institute for the Performing Arts. In August 2009, Alyssa moved back to her hometown of Nashville after earning a degree in Sound Technology. On her 22nd birthday, she signed a co-publishing deal with LA-based Rondor Music, and has been devoting her full attention to her burgeoning career as a songwriter and performer. Interest in her songs has come from a number of artists in both the United States and Europe, with her first cuts being released this fall.

Her acoustic/pop style encompasses influences from pop, urban and dance, mixed with country, indie, and folk styles from the United States and Europe. Her frequent transatlantic trips for performances, co-writes and inspiration, have helped to develop her unique and original sound.

In 2010, Alyssa released The English Diaries, a collection of songs she wrote and recorded while attending LIPA. The 10 song album provides a vulnerable look into her three years spent in England; touching on the subjects of love, leaving home, and falling in love with a brand new place.

She's performed with acts as varied as Raul Malo, Pete Wylie, Ralph Stanley, Jessie James, Ringo Starr and The Who both in the US and Europe. She has also performed at two of the largest music festivals in the world – Glastonbury and Bonnaroo – as well as The Knowsley Hall Festival.

Alyssa also has a flair for fashion and style; she was selected as one of the Rimmel 10 - ten young women in the US who personify the “London Look” for Rimmel Cosmetics. Check out her blogs about Rimmel on her wordpress site and her You Tube Channel.