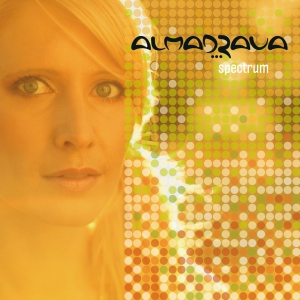 The sound of Almadrava is delicate and surreal, a mix of cool electronic sounds, warm acoustics, coated with the sensual voice of Patricia Leidig, leader of the band. Everything started in 2001, when together with Pedro Toro, they planted the seeds of one of the most succesfull mediterranean chill projects of the decade. Three albums (Northern Winds(2001), All you left us(2005) and Positivity(2008)), and their songs included in more than 50 international compilations CD's, such as Cafe del Mar Hed Kandi-Winterchill or Buddha Bar are the main credentials of this two eager minds, and the best reference for their brand new creation: Spectrum(Essential records, 2010).

11 tracks loaded with passion and imagination, and two bonus tracks, including the chill version of "La vie en rose" used for the special Spanish campain of Martini Rosato, make up the forth work of this couple of writer/producers, artistically named Almadrava, as a beach from the north of Spain, near Cadaques.

“Spectrum represents a wider approach to Almadrava's music. Without losing the chill essence that seems to touch every single composition of the band, the rytmhs accelerated, the arrangements became Poppy and the lyrics deeper. For the first time Patricia and Pedro seem to sing about their own personal universe. The melodies took control over the relaxing backgrounds... Now it's a matter of emotions.
3
What's This
Advertisement