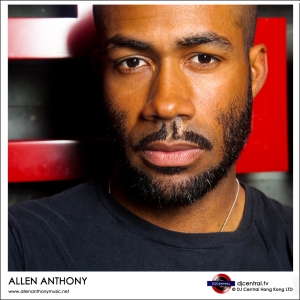 Allen Anthony hails from Oakland, CA and is definitely one of the most underrated singers of this generation. Having got his start with cousin Kenni Ski in the incredible R&B/Soul Duo Christión, (On Jay-Z & Damon Dash’s Roc-A-Fella Records), Allen Anthony is a journeyman who’s come into his own as a remarkable artist, writer and producer.

After being on the forefront of the Neo-Soul movement with Christión’s classic debut album “Ghetto Cyrano” in ’97 & the classic hit single “Full of Smoke”, Allen set out on his own and recorded his Roc-A-Fella Records solo album “Oakland International” in 2003. Although the album was never released due to the dissolution of Roc-A-Fella, Oakland International did spawn the classic Top 15 single “Alright (’03)” (Produced by Super producer Just Blaze) & Top 40 single “You (’04)” (produced by Anthony “Tone Capone” Gilmour). Allen also toured the globe alongside superstars Jay-Z, Kanye West, 50 Cent, John Legend & Anthony Hamilton in support of “Oakland International”.

After departing Roc-A-Fella in ‘05, Allen took some time off and fulfilled one of his life long dreams. Allen co-founded (with another cousin, Shaun Bivens), the all Black Metal group A Band Called Pain. A Band Called Pain received critical praise for their incredible live shows and Independent Album “Broken Dreams”. “Broken Dreams” received heavy rotation on San Francisco Rock station “107.7 The Bone”. In addition, “A Band Called Pain” had their song “Holy” featured on the “Saw 2 Soundtrack”, another song “Hellbound” featured on Dane Cook’s HBO Reality Show “Tourgasm” and their video “Pieces” receive heavy rotation on MTV2.

Allen Anthony is a Blue Pie artist and is out now on Blue Pie for the world. For more information go to reverbnation.com/allenanthony or search “Allen Anthony" on Google.