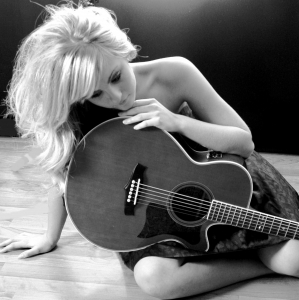 Nineteen year old Alex Hughes was born and raised in Calgary, Alberta, Canada. This is where her country music roots have taken shape with a modern/contemporary edge. In a petite package, Alex delivers powerful vocals and heartfelt performances wherever she goes. Having performed since the age of 7 Alex quickly stood out as a voice to be noticed. Winning Calgary Junior Idol at age 14 fueled her passion and commitment.
The Calgary Stampede talent search garnered Alex the Don Welden Memorial Award for Most Promising Performer in 2005. Since then, Alex has continued to be an integral part of the Greatest Outdoor Show on Earth. Each year, her performances have been a highlight on the Calgary Stampede float and graced the stage of the Calgary Stampede Entertainment Caravan in the city during the Calgary Stampede and throughout Alberta.
In 2008 Alex won the Open Division of Country Vocal Spotlight in Edmonton and went on to win International Vocalist of the Year, Entertainer of the Year, and Song of the Year (for her original tune, Taking Chances) at the North American Country Music Associations International Awards in Pigeon Forge, Tennessee.
In 2009, the audience voted her the winner of the Global Country Star Search competition. Alex’s life experiences and beliefs provide a creative springboard for her to explore, write, sing and share her talent. A self-taught guitar player, Alex's ease with her instrument energizes her performances and inspires her audiences. Alex is currently recording her debut album to be released early May 1 2010, with a single scheduled for release March 5 2010.