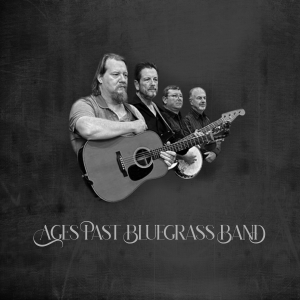 Ages Past Announces "Two by Two" Single Release
MARION – Ages Past is proud to announce the upcoming release of their brand new single, “Two by Two,” a hard-driving drinking song with tight harmonies and plenty of power.

“Two by Two” was penned by J.C. “Peewee” Davis, a close friend and mentor to band member and lead vocalist Randy Gallion. This single will be the first release from a series of new recordings by Ages Past, all which were produced and engineered by Professor Dan Boner, Director of Bluegrass, Old-Time, and Roots Music Studies at East Tennessee State University.

Bluegrass fans from the Southeast will remember Ages Past from regional festivals throughout the 1990s. Following a 20-year hiatus, original member Gallion has restarted the band with a new lineup that includes himself on guitar, Chad Day on banjo, Jaime Carter (ETSU alum) on bass, Savannah Reed on mandolin, and newest member Scott Ferguson on fiddle. Josiah Nelson (current ETSU student) played fiddle on the studio cuts.

“Two by Two” is available to broadcasters on AirPlay Direct at https://airplaydirect.com/music/agespastbluegrassband/. The song will be released to the public on all major digital outlets Monday, November 8.