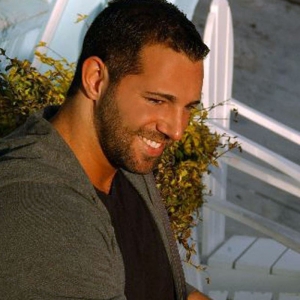 With more than 10 years of experience and three independently released albums of original music, Zach has opened for national and Grammy-nominated acts at some of the east coast’s top venues including World Café Live, The Trocadero Theatre, and Hard Rock Café in Philadelphia, The Stone Pony in New Jersey, Webster Hall in New York, and The Grand Opera House in Delaware. In addition, he has had his music featured on radio stations such as 93.3 WMMR and Gashouse Radio in Philadelphia, Butterflies Radio in Hollywood, Florida, and has been featured in Skope Magazine, as well as Jamsphere Magazine & Radio and NBT Music Radio.

In 2008, Zach recorded and released his debut album Body & Soul, and played extensively up and down the east coast in support of it, including a live performance on Ocean 98.1 FM in Ocean City, Maryland.

2010 saw Zach enter the studio with a new band lineup including Brad Burge on drums and Victor Caraballo on bass. His sophomore album Neon Lights proved to be a success, spawning three singles and being featured prominently on Philadelphia’s legendary radio station 93.3 WMMR’s “Local Shots” segment, which highlights local independent bands. In support of the album, Zach played the famed Trocadero Theatre in Philadelphia, as well as The Hard Rock Café. That same year, he also opened for guitar virtuoso Johnny A. as well as Grammy-nominated Charlie Musselwhite at World Café Live.

2011 was a busy year, as Zach graduated from graduate school with a master’s degree in writing, and relocated to the Tampa Bay, Florida area. He expanded his fan base through extensive live performances and air play on one of the area’s top independent radio stations Butterflies Radio, where he has been consistently ranked in the station’s Top 20 Most Requested Artists list.

His most recent release, 2012’s Shades Of Blue was recorded at the famed Morrisound Recording in Tampa, Florida. Working with producer and studio owner Tom Morris – who has worked with acts like Trans-Siberian Orchestra, Seven Mary Three, and Sepultura – Zach and the band released Shades Of Blue to very positive reviews from critics and fans.

Zach is set to enter Morrisound Recording again in 2014 to begin working on his fourth studio album Might Be The Rain.

In an industry that is becoming overrun with automated instrumentation, nonsensical brainless lyrics penned by teams of writers, and auto-tuned vocal performances, Zach boasts one promise – what you hear is what you get. He has garnered outstanding reviews from fans and critics alike for his poetic and thought-provoking lyrics, deft guitar playing, catchy melodic songwriting, and soulful honest vocals.