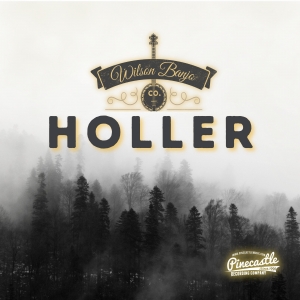 Wilson Banjo Co. is excited to unveil their brand new banjo-driven single, “Tomorrow’s Coming Fast.” It’s the latest release from their next full-length album, coming in 2023 via Pinecastle Records. The tune was produced and arranged by the group’s founder Steve Wilson. The industry veteran is also joined by fellow group member Sarah Logan on harmony vocals, while Milom Williams II sings lead.

The story behind the song revolves around how fast time can pass right before our very eyes. It was perfectly captured by songwriters J. Tony Rackley and Rick Lang, who penned the track with plenty of clever puns and metaphors throughout. The song premiered exclusively on The Bluegrass Situation, where readers were able to hear it in-full for the very first time. It serves as the follow-up to the Rick Lang, Jack Shannon and Troy Engle penned ditty, “Sadie Danced a Hole In Her Stocking.”

It’s been a big year for the South Carolina based band, who has seen major chart success. The full Six Degrees of Separation album would go on to spend multiple weeks inside the Top Ten of the Roots Music Report charts. Additionally, the single “Issaqueena” featuring Alan Bibey, Ethan Burkhardt and Michael Cleveland is still riding high on the Traditional Bluegrass Song chart, reaching No. 1 as recently as earlier this month.

To keep up with all the latest Wilson Banjo Co. news, follow them on social media and check out their official website wilsonbanjo.com.
27
What's This
Advertisement