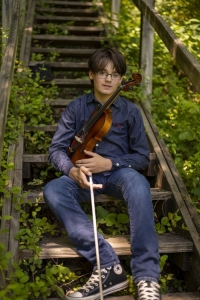 Popular music is a hard road to travel, I believe. When it is marshalled in a glitzkrieg aimed just at making money, it loses musical and moral value - and easily becomes detrimental to the culture. When it is cut off from change and ossified in the concert hall or the Smithsonian archive, it loses its vitality and relevance to the culture. But there is a middle way. It is a way that respects musical tradition and form enough to breathe life into it and keep it fresh and vibrant. It is a way that remembers the intimate connection between music and dance, between music and the spirit, between body and soul. The flame of true American traditional – and yet popular – music does still burn. It lives in the square dances of the Shenandoah Valley, Oktoberfests in the historically German villages of Texas, bals acadiens around Lafayette, LA, and in Irish sessions in Baltimore and Philadelphia. It is out there, doing its thing the way it has since the earliest settlers shared their songs and their dance steps around a fire with Native Americans – though you won’t immediately find it on Spotify.

Here is a fine selection of it played by a fellow born under a happy musical star. You won’t immediately discern the musical discipline instilled in the boys of St. Paul’s K Street choir, who are taught to follow a traditional plainchant with an avant-garde chorale in the Phrygian mode. Nor are you likely to see the coals from the campfire picking sessions that Willie grew up around. You may hear traces of the influences Willie will be soaking up for a while from some of the finest and broadest musicians in the Southeast, guys like Brian McDowell, Rex McGee, and Zan McLeod, guys who are as likely to follow a Round Peak breakdown with a set of Sligo reels, a Bill Monroe standard, and then how James Brown would have taken a jazz standard when they jam together.
6
What's This
Advertisement