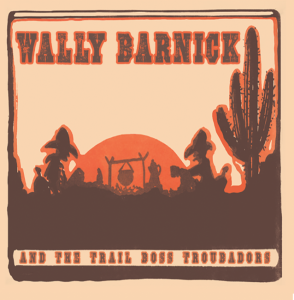 What People are saying:

"I've known Wally and listened to his eerily beautiful voice since the early 70's... he is one of those people who can find and sing an obscure song that will make you want to listen to it over and over for the rest of your life..."
Dan Crary, Placerville, CA

"Here is one of the best CD's I've gotten in years. I had to drive three hours to Tulsa and back the day after I got the CD... and played it all the way there and back. It was the very best company. Wonderful music...simply great music with an easy flow. Thanks Wally."
Mike Flynn The Folk Sampler Siloam Springs, AR

"Superb. For over 40 years I've been listening to you. Age seems to have favored your voice... this is your single best musical presentation... we are looking forward to hosting you in our living room at Musica Del Rio."
Fred Munroe, house concert host and Member North American Folk Alliance. Atascadero, CA

"Wally! I L-O-V-E your new album... looking forward to seeing you on the show."
Marisa Waddell, host of The Road Home on Public Radio KCBX FM 90.1 San Luis Obispo, CA

"Best CD I've heard in a long time... I listen to it over and over in the car... Reva and I both love it."
Dennis Witcher Granada Hills, CA (Gabe Witcher's Mom & Dad!)

WALLY BARNICK is principally a singer who 50 some years ago, having just returned from a year in the Mekong Delta, set down the rifle and took up playing the bass guitar. He knew that a bass player who could harmonize (on time & in-tune) could readily secure "a place in the band". Since those early days of the 70's Wally has held down the low-end with his Fender bass while sweetening the high-end of the vocal blends in the many ensembles with whom he has worked.

His style and genre being solidly AMERICAN music, ranging anywhere from Bakersfield country, rock & roll (from every decade that it has existed), to folk and bluegrass. His bass playing and vocals, whether in the lead role or in support, have proven themselves worthy of that spot on the bandstand.

A decades long member of (the still active) urban-bluegrass group The Cache Valley Drifters, and also a current member of the acoustic trio known as Crary, Evans & Barnick, Wally's warm, distinctive voice, coupled with songs written by long-time former band mates are the focus of this new album.

This is pure American music, with melodies, chord progressions and vocal harmonies that draw from the influences that include, but are not limited to: folk, straight-ahead country, bluegrass, rock and blues.

The album is comprised of 13 tracks, ten of which were written by former band mates and other friends, and three songs from favorite, long appreciated artists complete the play list.

Stephen W. Peters (former Flap Jaw bandmate) is by default, the featured writer as seven of his songs are included. The enclosed 16-page booklet describes the relationships of Barnick to the various writers.

Barnick has reunited with former Cache Valley Drifters bandmate David West to co-produce the album, a majority of the tracking having occurred at West's Play Ball! Musical Services in Santa Barbara, CA

Numerous master musicians/longtime pals also contributed, each one recognized in the credits which are included in the enclosed 16-page, full color booklet.

Here is a montage/video for the FEATURED release of the Bruce Cockburn song Waiting For A Miracle:

And here is a montage/video for the (Larry Jon Wilson song), Track #3 Through The Eyes of Children from the album:

"Never heard of you before but I absolutely loved this song and the video that went with it. Rest assured I will be listening to more of your music. Thank you." Jean Sargeant. (this was a comment from a person unknown to Wally, left in the comments section on the Youtube posting of this video)


CD's and digital downloads for the music purchasing public are available at Wally's website www.wallybarnickmusic.com
16
What's This
Advertisement