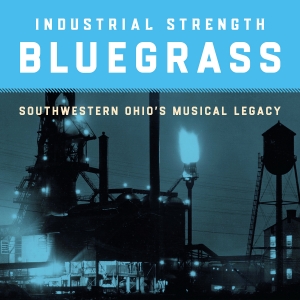 During the middle decades of the 20th century, the factories of southwestern Ohio drew hundreds of thousands of migrants from Appalachia, including innumerable musicians. Industrial Strength Bluegrass celebrates the music that these migrants made and loved, and explores a pivotal moment in the history of bluegrass and country music at large. Produced by beloved performer and radio personality Joe Mullins, the collection features a stellar lineup of bluegrass stalwarts including Rhonda Vincent, Bobby Osborne, and Mullins himself, taking on tunes that have echoed across Ohio for decades. This group of some of the biggest names in bluegrass today pays tribute to the jubilant highs and lonesome lows of life amongst the factories and warehouses, reflecting the region’s rich culture and resilient people.

The album's first single, Dwight Yoakam’s “Readin’, Rightin’, Route 23," is a highly personal song detailing Yoakam’s family journey from Pikeville, Ky. to Columbus Oh., but it’s also the story of Mullins’ family and countless more. They arrived in Ohio as immigrants in their own country, dismissed as “Briarhoppers” and ridiculed for their clothes, their food, their dialect and their fiddles and banjos. Instead of abandoning their roots, they wore them as badges of honor, turning poverty into poetry, creating a bluegrass sound heard and loved the world over.

Every Friday after work, thousands packed their old cars to go “down home” for the weekend. Those who couldn’t headed to the bars and honky tonks of Cincinnati, Hamilton, Middletown and Dayton, to be sung back home by bluegrass bands performing on makeshift stages through MacGyvered sound systems. Playing five sets a night for drunken, brawling, homesick Kentuckians, the bands and their music became tougher and louder, blazing through the smoke and noise like a fast-moving train. There, musicians and fans formed the first real bluegrass community and that spirit of adventure in every migrant leaving home for a new life found its way into the music. Southwest Ohio bluegrass was a unique combination of deep tradition and game-changing innovation.
73
What's This
Advertisement