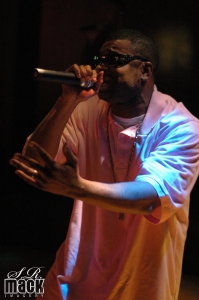 One of the greatest things to ever hit the notorious Queensbridge projects is R&B singer V12. These notorious projects were also home to Nas, Mobb Deep/Infamous Mobb, Ron Artest, and Capone –n- Noriega etc. As a little boy he began singing in elementary school plays and church. His astonishing voice was his passion to make it out of Queensbride projects. In November 2000, V12 the Greatest signed with True Warrior Records owned by NBA player Ron Artest. Under True Warrior Records, V12 was featured in numerous albums. He has provided his talent on the Nas “41st” side album, “Special Edition” Infamous Mobb, “Still reporting” Tragedy Kadafi, and various Q.B. artists.
The most memorable moment of his career was shutting down 6 blocks, 96 buildings in Queensbridge the summer of 2005. The young R&B thug has toured the United States with NBA star/artist Ron Artest and Mobb Deep. During a CNN exclusive concert he was opening act for famed artists Keisha Cole, Bubba Sparks, and 112.
Soon after signing V12 became an independent artist and has set a conquest to sign with a major record label. Experiencing poverty and living in the ghetto was a hardship he had to suffer. Through the passion of singing and rhyming, V12 has the desire to succeed by any means necessary. His lyrics express his intimate side and a hard body thug from Q.B. So music lyricists beware because they just “Unleashed the Beast”!