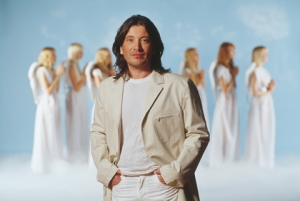 Alexander Shulgin is a leading executive in the new Russian music industry, having worked with such iconic artists as Valeria, Mumiy Troll, Dima Malikov, Gruppa.fm and many others. Mr. Shulgin owns and operates Familia Entertainment, a record label, and Familia Publishing, a publishing company. His catalogue includes not only top-10 songs but also a diverse array of rare releases, including hundreds of the best-known Russian gypsy songs, Songs of Siberian Exile and Best Songs of WWI, all of which are part of a Russia's unique musical heritage.

Shulgin's career began at the age of 19 in the legendary Russian rock band The Cruise, regarded as the first rock-band of the USSR to tour abroad (1983-1986). Despite being known as anti-Soviet and no mention in mass media, The Cruise sold 20 million copies of their first album in 1985, with the album's release by WEA (Germany) in 1987.

After The Cruise, Shulgin began working in Germany, where he created "The Taiga Symphony". This was a combination of Russian classic music with western rock-music with music by Vitally Bondarchuck and lyrics by American composer Richard Niles. The album featured The Moscow Symphony Orchestra conducted by Pavel Kogan and respected Western musicians Alvin Lee, Paul Carrack, Mel Collins, Phil Palmer and JJ Belle. Successful in the USSR, it was the beginning of the career of Valeria who has become one of the most popular singers in Russia.

Shulgin then created "Merry Christmas to the World", another ambitious East-West collaboration between Shulgin and BBC Worldwide. With music by Shulgin and lyrics and production by Richard Niles, it expressed the ethos of glasnost. London studio musicians performed with members of the Moscow Symphony and the Soviet Folk Orchestra. Sung by Valeria, the video was directed by Ken Russell who used it in his film "Alice in Russialand" (1998). Shot in Red Square, the clip featured psychic Uri Geller and became the grand finale of the New Year program on the first national TV channel of the Soviet Union.

Shulgin helped "FM Group" to record the debut album named "Made In Russia" and recorded an album of Alexander Byinov. He subsequently recorded a solo album for "FM Group" lead-singer Alevtina Egorova, also working with Tatiana Ovsienko and Nastya Shirokova. He also wrote material for two Elena Sheremet albums, "Lady-Sax" and "Lady-sax (The Remixes)," combining so-called easy listening with the saloon jazzy sound, as well as "Sax It Easy"and "Sax It Up! - The Remixes".

Shulgin is also a composer of music for films and TV, his songs appearing in films by Lukas Moodysson and Ken Russell. In 2005, Shulgin was invited to write 20 original songs for the music serial "Primadonna". He also wrote three leading themes for the film and all the songs for the final show of "Primadonna". Shulgin is also the director of the first public TV channel "Spas" for which he composed all the music.

Among the several albums released by Shulgin are “Anna,” which gave rise in 1996 to a tour in more than forty towns across Russia, “Familia” - the title referring in Russian to both the surname and family - followed by “The Eyes Of The Sky Colour”. Shulgin then released his first solo album "Predstavlenie" (The Introduction), released digitally worldwide through th2 Orchard.

His latest project is a three-album compilation titled "Triptych" that contains new music. melodies and instrumentals from the composer's works that had yet to have been performed. The albums were recorded by an impressive line-up of artists including legendary drummer Billy Cobham, pianist Gary Husband, bassist John Patitucci and guitarist Paul Drew to name a few, uniting their various styles on the three albums in a harmony.