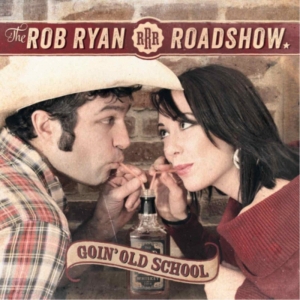 The Rob Ryan Roadshow
Mabey the most powerfull mix of Americana, Blues and Roadhouse Rockabilly you could find on this side of the big pond. The Band around the native American Robert Ryan fires up a true Roots music firework where ever they go.A mix of mostly originals with a few covers thrown in, great melodys and allotta rhythm combined with a highly energetic live show is what you get here.
Robert Ryans Songwriting handles all rootsgenres with ease as you can hear on the four albums that the band released ever since they hit the road here in Europe in 2008.
The band is able to create a live vibe in no time at all, no matter if it s the smallest live club or the biggest arena. As they were able to show as tour support for the BOSSHOSS, IMELDA MAY and others. Besides allotta other festivals around the continent they allready appeared at the world famous MONTREUX Festival and are also seen on TV from time to time (GZSZ a.o.). With that their whole package sounds never dated,but has always a strong todays vibe, mabey a bit like Hank Williams meets Iggy Pop with allot of their own thrown in the mix. So now ... Let s get this show on the road!
2
What's This
Advertisement