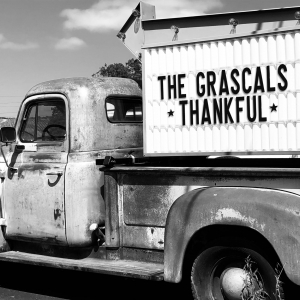 Why You Should Care: Timely, yet timeless, the music of The Grascals is cutting-edge modern bluegrass delivered with a deep knowledge of, and admiration for, the work of the music’s traditional roots. It’s a unique sound that has earned three GRAMMY® nominations and two Entertainer of the Year awards for the band and several Banjo Player of the Year awards for Kristin Scott Benson from the International Bluegrass Music Association, as well as national media attention with appearances including The Tonight Show with Jay Leno, Fox & Friends, The Late Late Show with Craig Ferguson, and CBS’ The Talk. The band has performed more than 100 times at the Grand Ole Opry and twice for President George W. Bush and at President Barack Obama’s inaugural ball at the Smithsonian.
____

The Grascals have had many blessings in their storied career, including an armful of awards, GRAMMY nominations and hit songs. Yet through the many years and changes, they have stayed true to their roots — and true to their mission to find and record music that comes from and goes to the heart. With its message of humility and gratitude, their latest Mountain Home single, “Thankful,” is just such a song.

In a testament to their long-standing practice of serving the song, the Grascals here forego instrumental solos in favor of an arrangement that puts the spotlight squarely on “Thankful”’s homespun lyrics, with their simple declarations and down-to-earth details. John Bryan’s heartfelt lead vocal notes details like the narrator’s old pickup truck and modest home, where there are “always things in need of repair,” before soaring into the opening lines chorus:

I’m thankful I’ve been so richly blessed
With more than I deserve when so many have much less
I’m thankful for the things we sometimes miss...
And when I count my blessings I lose track
There’s no way I could ever pay it back
I’m thankful

Brief but soulful interludes from mandolinist Danny Roberts, fiddler Adam Haynes and the group’s award-winning banjo player, Kristin Scott Benson punctuate the song, offering opportunities for the listener to absorb the message delivered by the vocal trio of Bryan, guitarist Chris Davis and bass player Terry Smith in a performance that reinforces the group’s reputation for smooth, yet powerful harmonies.

“The lyrics to our new single are a powerful and wonderful reminder of just how much we all have to be thankful for,” says Bryan, ”And especially now more than ever! I think this song really touched all of our hearts, which made it an easy choice to record, and we’re so glad that the writers – Daryl Mosley and Rick Lang – brought it to The Grascals. ‘Thankful’ makes you pause and reflect on the truly important things in life and where our blessings come from, and I hope all of the listeners will really focus on the words of this song. I know it has helped me keep a brighter disposition while not being able to travel and see my music family and friends — and you just can't help but smile when you hear it. The Grascals truly are ‘Thankful’!”

As their records prove, The Grascals’ rare musical empathy gives them an unerring ear for just the right touch to illuminate each offering’s deepest spirit – whether they’re digging into one of their original songs or reworking a bluegrass classic or a pop standard. Take for instance, fan favorite, “Last Train to Clarksville.” Non-bluegrass listeners enjoy a new take on a familiar song, while diehard bluegrass audiences who may have never heard the Monkees classic, respond in-kind, not even realizing that the song has been Grascalized.