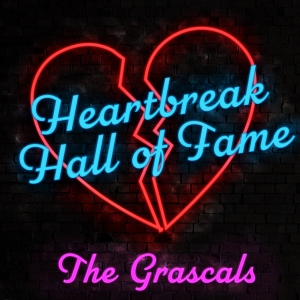 The award-winning Grascals bring a new single from their forthcoming album with the song “Heartbreak Hall Of Fame.”

Smooth but but driving with a classic sound, “Heartbreak Hall of Fame” merges vintage Country with modern Bluegrass in just the right way, a combination the Grascals do so well. Written by Larry Joe Cox, Ray Edwards and Dicky Minor, it tells the story of unrequited love and a man whose suffering is endured through this bitter lament.

“Somewhere in the record books, There will be your name
And a list of all the hearts you broke while you played your cheatin’ game”

Lead vocals are performed by the band’s young, talked-about singer John Bryan with sterling Grascals harmonies by the recognized voice of Terry Eldredge and the resonant baritone of Terry Smith. “Heartbreak Hall of Fame” is the most recent single from this band’s upcoming release that follows the success of their 2017 release, Before Breakfast.