The Churchmen - A Mountain To Climb 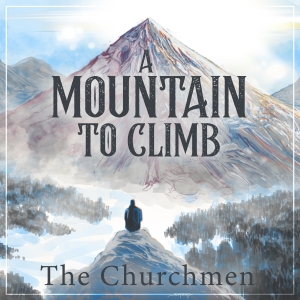 8/2/2019 - Releasing on Morning Glory Music "A Mountain To Climb" is The Churchmen's 10th album! We are honored to be able to share it with radio, new listeners and long-time fans worldwide.

The Churchmen are a Bluegrass Gospel group based in Collinsville, Virginia. The group was formed in 1989 when they began singing in local churches. Their Southern Gospel style, four part harmony, along with the sound of the bluegrass instrumentation, gives them a unique sound that has gained attention all across the country and abroad. The group now consists of four Christian men, and each one feels that he was personally called by God into this music ministry. The Churchmen previously recorded three projects on the Mountain Home label of The Horizon Music Group, and three projects on the Pinecastle label. The CD “On the Journey Home” was nominated or a Dove Award for Bluegrass Album of the Year while the CD, “Traveling Through”, gained acclaim across the country and included the song “Bedside Prayer” that also garnered a Dove award nomination for Bluegrass Song of the year. The group released their first CD on the Mountain Fever label in 2013, “Mercy Road” and it was a great success and received strong airplay on Sirius / XM along with most Bluegrass and Gospel radio outlets. The latest releases came in 2015 and 2017. “Crown of Thorns”, and “God Holds Tomorrow” have also gained substantial chart action breaking into the “Bluegrass Today”, “Roots Music”, and “Singing News” Bluegrass and Southern Gospel charts. This new single is just a harbinger of what's to come with The Churchmen's newest album releasing Summer 2019 on Morning Glory Records.
8
What's This
Advertisement