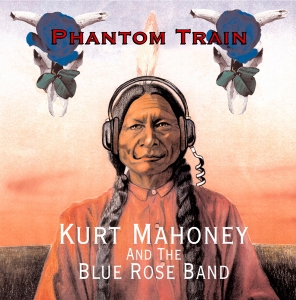 
Singer/songwriter/musician/producer Kurt Mahoney has recorded with some of the biggest names in reggae music (Joe Higgs, Ras Michael, Fully Fullwood, to name a few) both as guitarist and steel guitarist, and shared the stage with Jimmy Cliff, Toots and the Maytals, the Wailing Souls, the Wailers, and many more in his 30 year career.
His reggae band Roots Foundation light up stages throughout Southern California with their unique, high energy and uplifting sound, and are currently promoting their latest tour de force ‘Conscious Revolution’ which continues to garner national airplay and accolades throughout the reggae industry.
Kurt also fronts the Americana/roots rock Blue Rose Band, whose latest release ‘Phantom Train’ features guests from both Merle Haggard’s and Dave Alvin’s bands, and has received fantastic reviews.
Additionally Kurt continues to perform in a solo acoustic format as he has since the late seventies, and in 2008 released his long-anticipated first solo effort ‘Where The Heart Is..’ to great critical acclaim.
The main thread tying these different genres, bands, and releases together is Kurt’s distinctive songwriting. Whether he’s addressing global/social/political issues, matters of the heart, or simply telling a story, Kurt’s songwriting is filled with passion, insight, and truth.
Kurt considers it an honor and a blessing to write and perform, and it continues to be his lifelong desire to impact the world in some small way with these gifts.
Open your ears, mind, and heart, and chances are you’ll be left with something that will stay with you long after the cd stops playing or the concert has ended.